These cursed diamond stories read like a Greek tragedy.

Would you tempt fate and wear a cursed diamond—a stone that has been known to contribute to the downfall of dynasties and leave a trail of death and destruction in its path?

What if it were the Hope Diamond, a 45.52-carat blue diamond whose owners were plagued with financial ruin, suicide, and even beheadings? Or the Sancy, a lovely 55.2-carat yellow diamond that was once swallowed by a servant and retrieved from his corpse? (Don’t actually fret; both the Hope and Sancy are safely stored in museums today and can’t harm anyone.)

Since their first discovery, diamonds have been imbued with mystical powers. Formed over billions of years deep within the earth, it’s easy to believe that diamonds have cosmic energy. And while that energy is generally positive (diamonds are believed to heal, protect and impart fearlessness)—after all, they are the universal symbol of love and commitment—some stones are notorious for their bad karma.

These cursed diamonds’ stories are the stuff of thriller novels and make the stone an even more intriguing and mystical natural jewel.

Over its 350-year history, the Hope Diamond has become one of the most famous cursed diamonds. After being stolen and recut, it is said to have contributed to the downfall and death of its owners. Discovered in India in 1673, it was originally a 115-carat blue diamond. Its owners included King Louis XIV and Marie Antoinette (both of whose stories didn’t end well).

In 1839, the stone was purchased by Henry Diamond Hope for which it was named. Upon his untimely death, his family sold it to pay off his gambling debts. Jeweler Wilhelm Fals acquired the diamond, and soon after his son killed him, took the stone, and later committed suicide.

That didn’t scare off the young heiress Evalyn Walsh McLean who purchased the cursed diamond. But buyer beware: She faced unimaginable loss, including the deaths of her son at age 9 and daughter at age 25. Not to mention that after her husband left her, he went mad and died.

Walsh McLean’s heirs sold the stone to Harry Winston, who after touring the infamous diamond around the country made the wise decision to donate it to the Smithsonian. He famously mailed the priceless diamond to the museum via U.S. mail for $2.44 postage. Maybe he just wanted it off his hands. 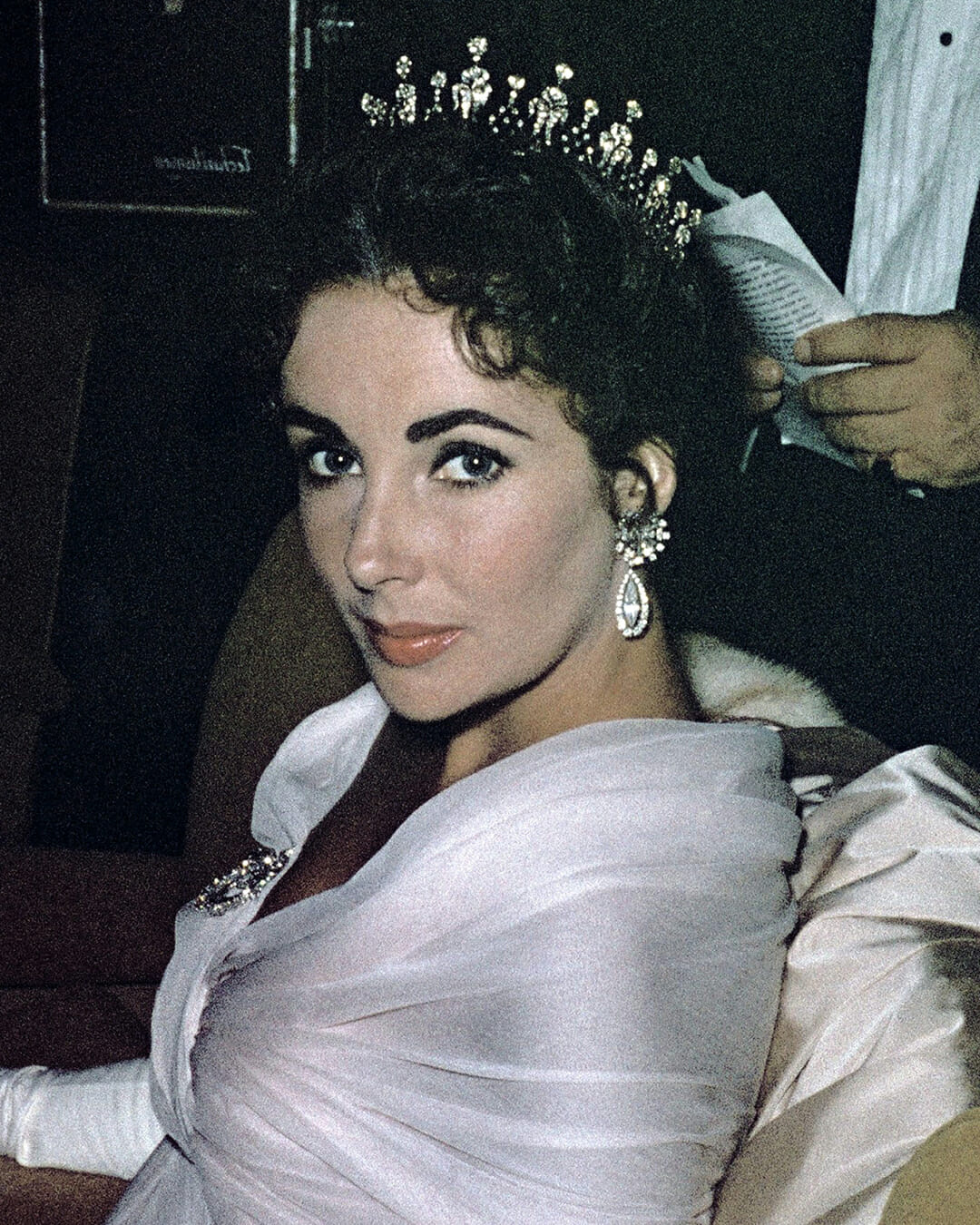 END_OF_DOCUMENT_TOKEN_TO_BE_REPLACED

The Sancy’s gruesome history dates to the 16th century. Three of its royal owners—Burgundy’s Charles the Bold, England’s Charles I, and France’s Louis XVI—faced horrific deaths after taking possession of the stone. Over the centuries, it was pawned to finance wars, stolen, and went missing for decades.

In the early 1600s, the diamond was named for its then-owner Nicolas de Harlay, Seigneur de Sancy, who served as King Henry IV’s finance minister. When Sancy’s loyal servant was delivering the diamond to its next owner, King James I, he was attacked by robbers, and rather than forfeit the treasure, he swallowed it. Poor fellow was murdered anyway, and the diamond was later removed from his corpse.

When King James I needed cash, he sold it to the French royal family, and during the French Revolution, it was stolen. It reappeared in the hands of a Russian prince, changed hands several more times, and in 1906 was acquired by William Waldorf Astor as a wedding gift for Lady Astor, who wore it on a tiara. In 1978, the Astor family sold the diamond to the Louvre for $1 million where it remains.

The Black Orlov was a cursed diamond from the start. The original 195-carat black diamond was once the eye of a 19th-century Hindu statue of Brahma and the monk who stole the stone from the statue was murdered. A bad omen, to say the least.

Its whereabouts were unknown for decades until the jewelry dealer J.W. Paris purchased the diamond in 1932. His business failed, and he committed suicide by leaping from a New York high rise. Rather bizarrely, two Russian royals owned the diamond—and separately both jumped to their death. A brave Charles F. Wilson acquired the Black Orlov in 1950 and had recut to 67.50 carats. Its last public sighting was at a Christie’s auction in 2006. Here’s hoping the new owner has much better luck.

Discovered in the 14th century, the Koh-i-Noor passed through the hands of several ruling maharajahs, none of who held power for too long. The stone gained notoriety when it belonged to the famous Mughal ruler, Shah Jahan, who built the Taj Mahal. He had the enormous 186-carat diamond placed into his famous Peacock Throne. But before he could enjoy it, he was overthrown and imprisoned by his own son. A century later when Persian commander Nadir Sjah took over the region, he declared it ‘Koh-i-Noor’ (or, the mountain of light). He wore the cursed diamond in his armband.

A century later when the British took control of India’s trading posts, the stone was supposedly given to Queen Victoria (it has been debated whether it was a gift or simply removed from the country). In 1911, she had it set in the Imperial Crown, a safe bet being that the stone’s curse is believed to be fatal only to men; this crown has been reserved for female royals. Hindu text about the diamond from 1306 reads: Only God or a woman can wear it with impunity. Hopefully, Princes Charles and William will read the memo.

The Regent diamond had a macabre start. In the 18th century, an Indian slave discovered the stone and carried it away in a self-inflicted leg wound. An English commodore who promised to help him smuggle the cursed diamond out of India instead murdered him and took the stone.

The French Regent Philippe II of Orleans, for which it is named, acquired the 140.6-carat cursed diamond. Like many important jewels of the era, it disappeared during the French Revolution and finally resurfaced on Napoleon I’s sword (that must have been a heavy weapon). The curse followed the emperor: After he lost the Battle of Waterloo, he was exiled and isolated on a tiny island in the South Atlantic where he died at age 51.

The story goes if the Moon of Baroda diamond crosses the sea or ocean, it will bring bad luck to its owner. Sadly, the rumors appear to be true.

Originally discovered about 500 years ago in India’s Golconda region, the fancy yellow diamond was shaped into a 24.04 carat pear-shaped stone. For centuries, it was held by the Gaekwads of Baroda, a royal Indian dynasty who ruled much of the western country for some 200 years.

In the mid-1700s, it was briefly owned by the Empress Marie Thérèse of Austria, the mother of the ill-fated Marie Antoinette. After her death, it was returned to the Gaekwad family. Some believe her demise was because of the cursed diamond crossing the sea.

In 1953, the Moon of Baroda was purchased by Meyer Rosenbaum of Meyer Jewelry Company in Detroit. A clever marketing man, he placed the exceptional diamond on a leather cord (a rebellious move at the time) and offered it to Marilyn Monroe to wear while filming the 1953 movie Gentlemen Prefer Blondes. The blond bombshell made the diamond famous. But that same year, Monroe’s career and personal life took a downwards spiral.

The Moon of Baroda was recorded in auction sales in 1990 and 2018, and its owners chose to remain anonymous so we don’t know their fate. Rest assured that if you see the diamond worn on Ana de Armas in the upcoming Blonde film, it is not the real stone.

Diamonds in Her Hair: All About the Tiara

13 Record-Breaking Diamond Sales at Auction in 2021

Sparkling Books for the Holidays