In addition to their revered status, diamonds have an extraordinary geological backstory unlike any other material found on earth. A pervasive myth about how natural diamonds are formed is that they come from buried coal, squeezed at high pressures. But the real story is far more exciting. Scientists are continuing to unravel details about how they form and what they can tell us about the inner workings of our planet.

Diamonds are exotic because they originate from so deep inside the earth. The diamonds we find have been transported close to the earth’s surface by special magmatic eruptions, forming the rocks known as kimberlite, and occasionally lamproite. This magma rises quickly from the mantle up to the surface, sometimes whisking diamonds along for the ride as accidental passengers. 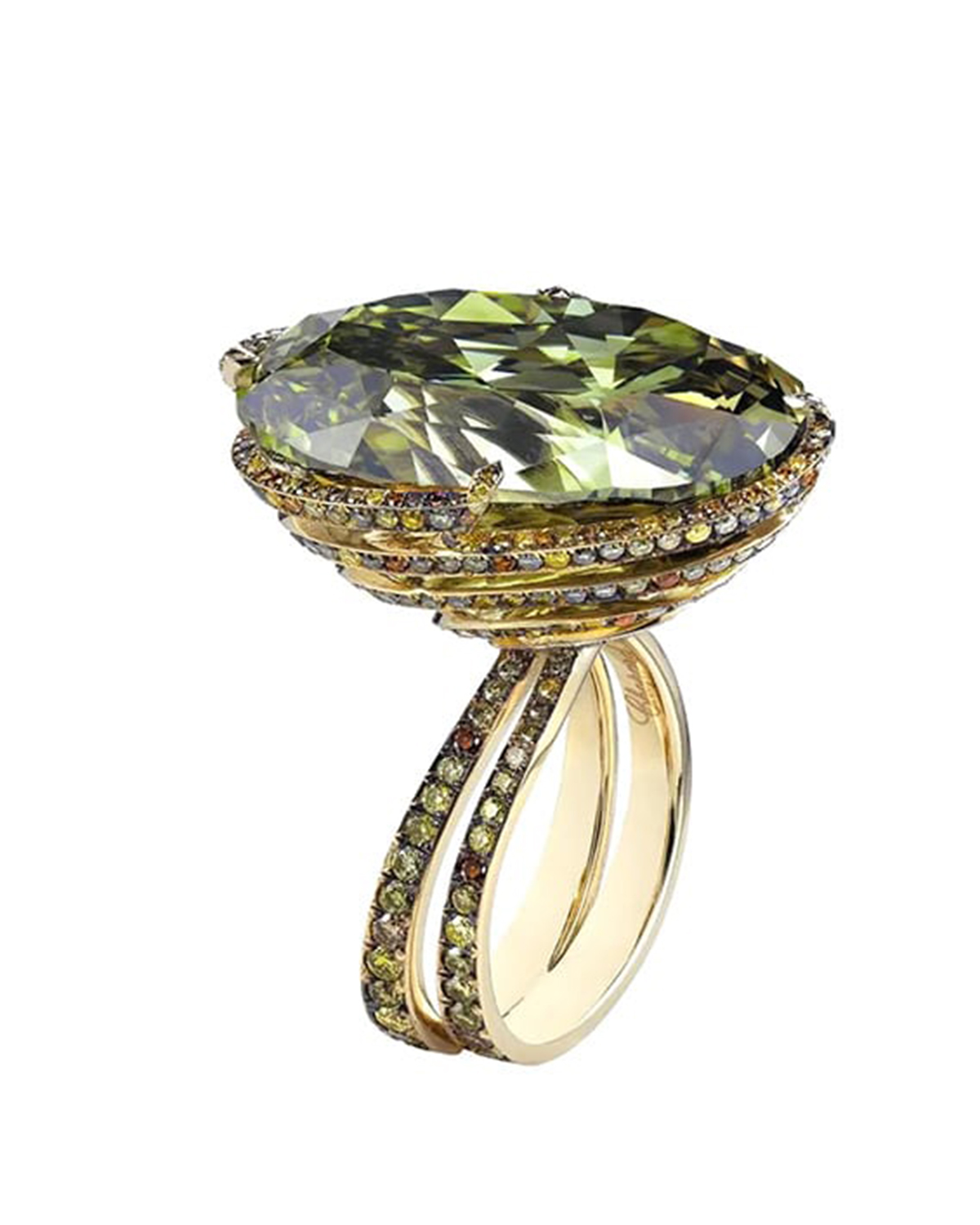 END_OF_DOCUMENT_TOKEN_TO_BE_REPLACED

Most natural diamonds—say 98 percent—come from a depth of about 150 to 200 kilometers, in the base of the thickest and oldest parts of continents. Some rare kinds of natural diamonds are formed at even greater depths, estimated to be as deep as 800 kilometers and perhaps more. This information alone draws an important distinction around diamonds. Almost all minerals—including most gemstones—, we can access or mine at the earth’s surface were formed within the crust, at comparatively shallow depths less than 30 to 50 kilometers.

Read More: Why Pink Diamonds are a Miracle of Nature

This information has been pieced together by studying small pieces of other minerals, such as kyanite crystals, which are sometimes trapped inside of diamonds as they crystallize. The trapped materials, or inclusions, are a physical snapshot of the birthplace of a natural diamond’s formation and can be used to decipher the geological conditions of diamond growth. Based on the study of diamonds and their inclusions, we know that most diamonds grow from carbon-bearing fluids in the mantle as they migrate and flow through the cracks in rocks. As the fluid percolates, changes in pressure, temperature or composition can cause carbon to crystallize out of the fluid into a solid form diamond. While inclusions can give insight into the processes of diamond formation, they can also enable us to constrain the age of a diamond.

So can you date back to when a particular natural diamond was formed? Yes! Dating is possible because naturally occurring radioactive isotopes in some inclusions act like an internal clock. This kind of analysis is destructive and it is only possible with particular kinds of inclusions. Nevertheless, analyses of diamonds formations from multiple deposits around the world have revealed the incredible result that many diamonds are more than 1 billion years old. Measured ages range from a whopping 3.5 billion years old to a mere 90 million years old (!). To help put this in perspective, the Earth is 4.56 billion years old and the mass extinction that killed off the dinosaurs was 65 million years ago. Needless to say, natural diamonds are formed across a wide range of geologic time.

In addition to their deep mantle origin and million-to-billion-year ages, scientists have realized that natural diamond formation is not just an isolated, erratic occurrence. Rather, how natural diamonds are formed appears to correspond with larger scale geological phenomena. For example, the earth’s surface is divided into gigantic tectonic plates and when one of these plates bends and sinks into the mantle in a process called subduction, it can end up providing the ingredients to trigger diamond growth. Even at depths beyond 660 kilometers, which marks the top boundary of the lower mantle, some diamonds contain ingredients that were dragged down into the mantle by subducting plates. Blue boron-bearing (type IIb) diamonds have been argued to contain boron and traces of water derived from deeply subducted tectonic plates, as illustrated below. Ongoing research on diamonds like these is shedding light on large-scale processes, such as the deepest reaches of the water and carbon cycles, and how they behave over billions of years.

For further background reading on diamond formation, see the G&G article “Recent Advances in Understanding the Geology of Diamonds.”