She said yes! Megan Fox and Machine Gun Kelly are kicking off 2022 as a newly engaged couple, and they are doing so with the help of a unique diamond and emerald engagement ring.

After going public with their relationship in June 2020, the headline-making duo has been a fixture on red carpets and social media. In true rockstar fashion, MGK gifted his bride-to-be with a custom-designed engagement ring, and he made sure the cameras were rolling to capture every moment of the proposal, which took place at the Dorado Beach Ritz-Carlton in Puerto Rico.

Read More: How to Design Your Dream Diamond Engagement Ring

Megan and MGK’s engagement comes just three months after their pals Kourtney Kardashian and Travis Barker got engaged during a beachside proposal in Montecito, California last October. The location of MGK’s proposal has a special meaning for the couple, as Megan mentioned in the caption of her Instagram video announcing the engagement. According to Megan:

In July of 2020 we sat under this banyan tree

We asked for magic

We were oblivious to the pain we would face together in such a short, frenetic period of time.
Unaware of the work and sacrifices the relationship would require from us but intoxicated off of the love. And the karma.

Somehow a year and a half later, having walked through hell together, and having laughed more than I ever imagined possible, he asked me to marry him.

…and then we drank each other’s blood

“beneath the same branches we fell in love under, i brought her back to ask her to marry me,” MGK wrote in the Instagram caption of a video featuring Megan showing off the engagement ring. “i know tradition is one ring, but i designed it with Stephen Webster to be two: the emerald (her birth stone) and the diamond (my birth stone) set on two magnetic bands of thorns that draw together as two halves of the same soul forming the obscure heart that is our love. 1-11-2022.”

Two-stone rings are becoming increasingly popular, with Ariana Grande receiving a two-stone pearl and diamond engagement ring from now-husband Dalton Gomez, and Travis Scott gifting both Kylie Jenner and daughter Stormi with two-stone diamond rings. The ring style is also among our most recent jewelry trends to watch.

“The pear shape natural diamond is approximately five carats with very high color and clarity characteristics and a pear shape natural emerald with similar size and of extremely high quality,” says the Natural Diamond Council’s in-house expert Grant Mobley. “Exact price estimates are impossible without the very specific details of both gems but with some assumptions made on the specifics of the gem, this ring could easily be valued around $350,000.” Clearly, MGK went all out for his twin flame. 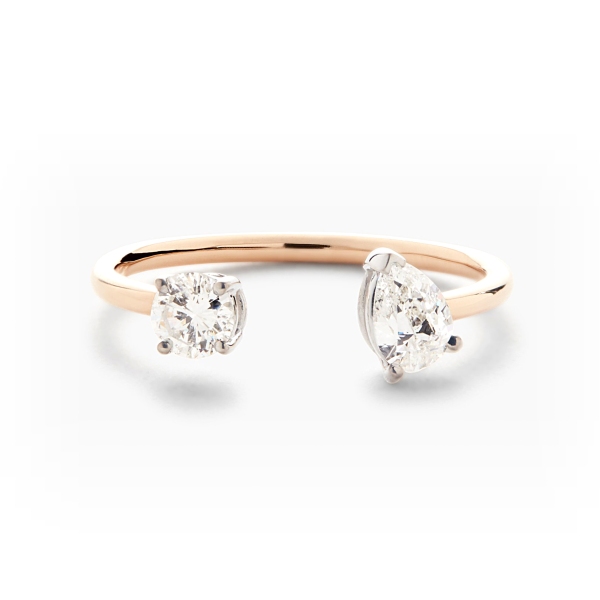 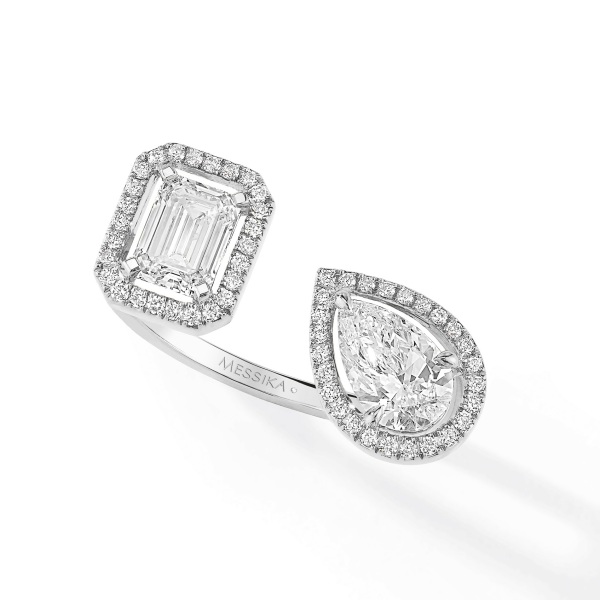 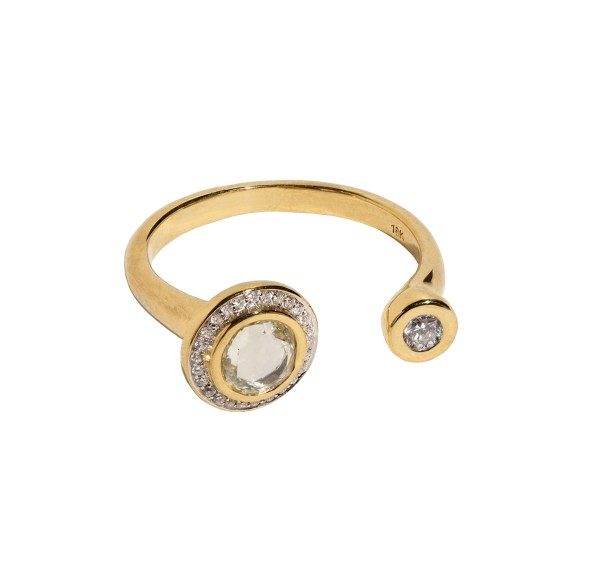 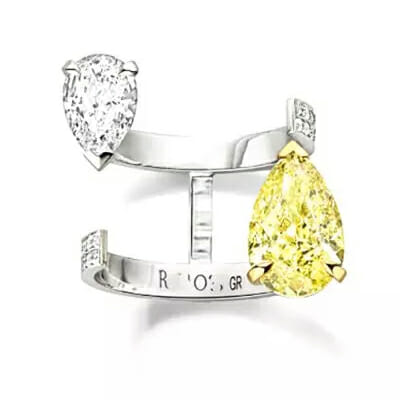 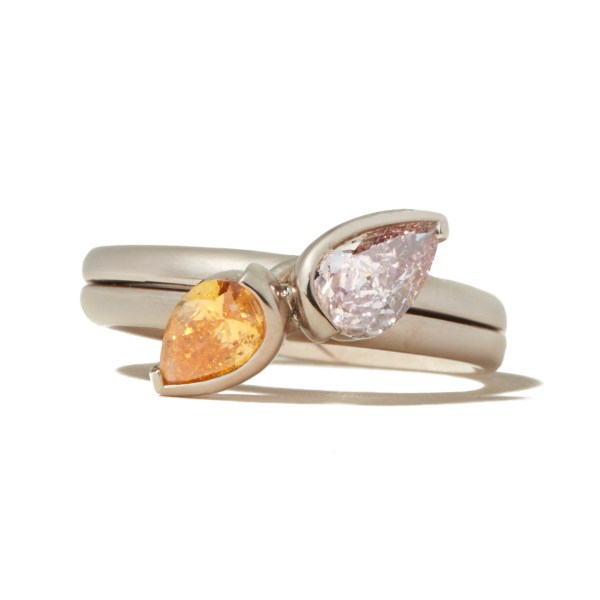 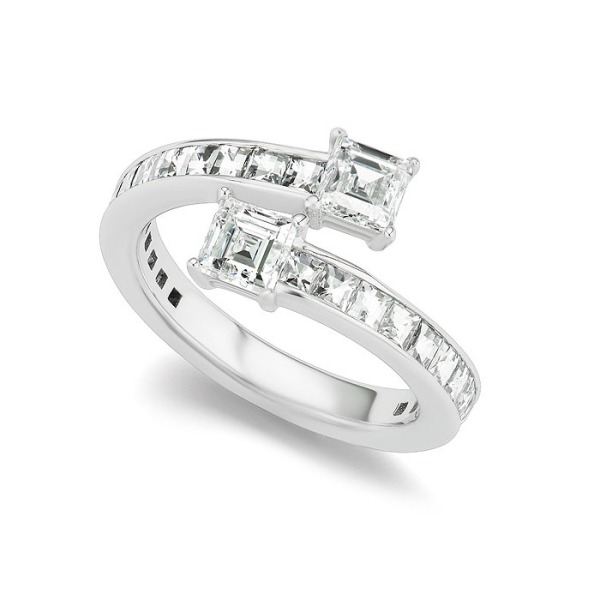 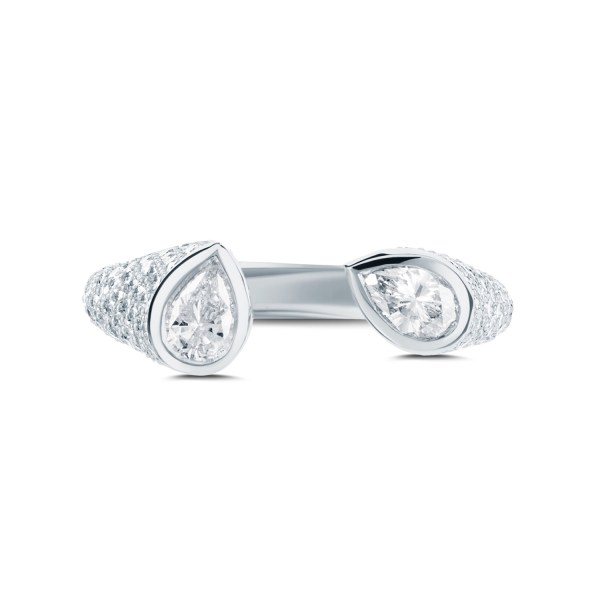 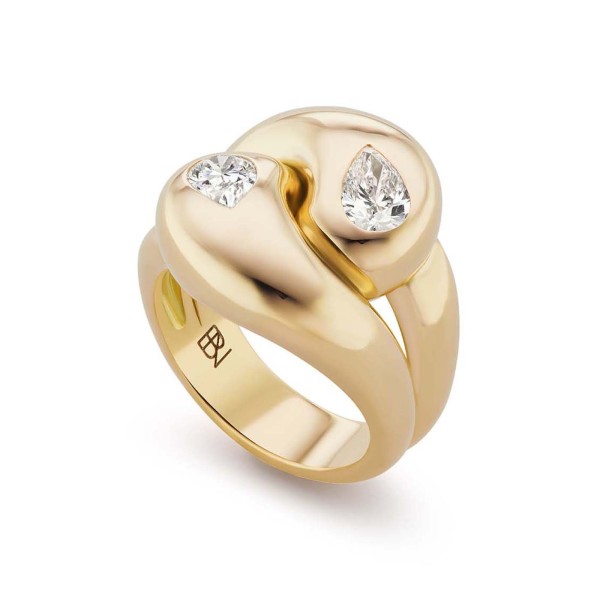