In the fall of 2018 I found myself sitting on the couch in the living room of the apartment I shared with my girlfriend. She was already in bed, as it was nearing midnight and we operate on slightly different schedules. I thought about her laying asleep in the bed, that soon I would wash my face, brush my teeth, and crawl beneath the covers next to her. Then I would wake up next to her and we’d have breakfast and then enjoy the rest of our Saturday together. This forecast brought me a wonderful sense of peace. I thought, “I never want to not have this.” Then, I thought, “Oh boy. Here we go.”

She had dropped a couple of “Well if we ever got married…” comments into casual conversation, and that was enough of a go-ahead that I felt confident I’d get the answer I wanted if I asked. Still, one does wonder…

The commitment was one thing. But the part that truly terrified me was the task of finding a ring worthy of my great love’s finger. I have never prided myself on my prowess as a savvy shopper. I assumed that the process of having to make such a choice – where to go, what kind of design she’d like, how to avoid being taken for a ride or upsold out of my budget – surely such a quest would end with my quaking in the fetal position.

BUT! I had something that no one else had. My hopefully-soon-to-be fiance was Laura Brown who, during a long and storied career in fashion and culture magazines, had formed a close friendship with a brilliant Australian jeweler named Stefano Canturi. She had several Canturi pieces on her wrists and fingers that never failed to elicit an “Ooh, what is THAT?” A year before my Big Decision when Laura and I were visiting friends and family in Sydney, we stopped by the Canturi salon where Stefano and Patricia were showing off his latest designs and stealing back some of Laura’s rings and bracelets to give them a good scouring. As we were leaving the store, Stefano grabbed me by the arm and murmured with a wink, “Let me know if you ever need anything, mate.”

We were scheduled to return to Australia in December 2021, so, while my “I’m going to try to marry this woman” epiphany was a bit fresh – the easiest decision I’ve ever made was to reach out to Stefano. I still have the DM’s.

“G’day mate! I have reached a tipping point in my relationship with Laura. I love her very deeply and I think she feels the same way and I’d like to keep her in my life for the proverbial long haul. I am wondering what kind of rock I could get for $X. Gulp!”

Shortly after the initial wheels were set in motion, Stefano’s wife Patricia sent me an Instagram post from a few months back of the newly released ‘Stella engagement ring. It had a big center diamond surrounded by asymmetrically arranged diamond baguettes and it made my stomach do a little flip. “Oh wow that’s beautiful,” I replied. “No – look at the comments!” I opened the post and sure enough, @laurabrown99 had commented “Damn!!” They sent me some other options to look at but the die was already cast.

Just before Christmas Eve, the four of us had dinner together. Stefano and I coordinated a bathroom trip together and he handed me the goods. No one did, but it would have been quite something if someone else had walked into the bathroom to find me weeping at the box clutched in my trembling hands while Stefano talked me through the perfect engagement ring he had created:

“Stella is the beautiful stars at night – Stella means star in Italian. When I designed Stella, it was all about the modern cluster halo. I wanted it to be super sophisticated, still have a timeless element, but super modern. That’s Laura Brown for you! We do this all the time obviously, but it was really beautiful to know her personally so when you came to us it was a much more natural collaboration.

“Choosing the beautiful center stone – it’s important to us to find something timeless, connected to the earth. You can make synthetic diamonds fifty thousand times over, and they’re beautiful, but they’re mass produced. It doesn’t have the same heart. And it’s not luxury. Luxury is rarity and exclusivity, it’s something with history. So I got you the biggest brightest rock I could find and I set it there in the center with the gorgeous pointed stars shooting off of it – and the halo sits on top of the band and floats. It’s so beautiful mate, aw we’re so happy for you guys.” 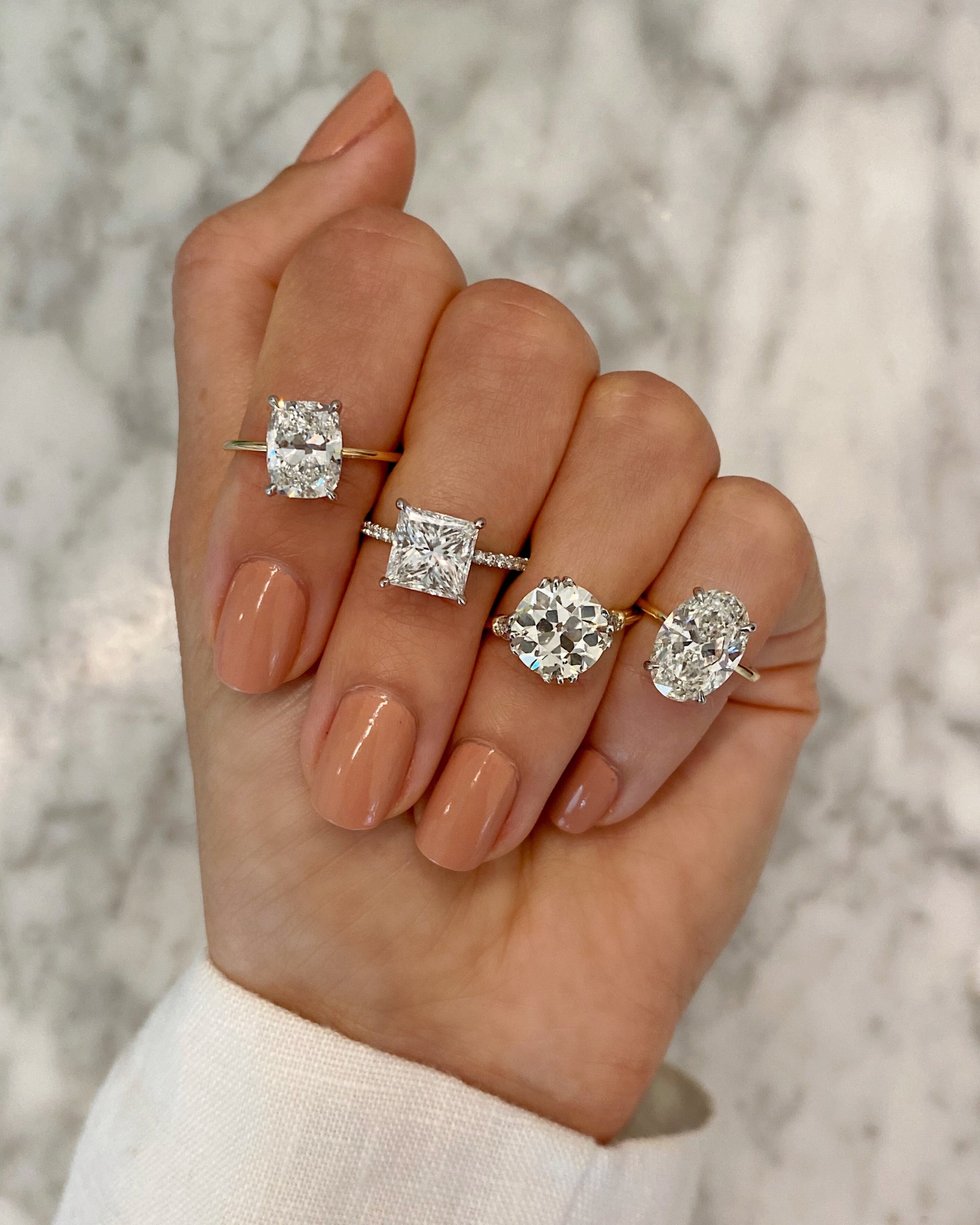 END_OF_DOCUMENT_TOKEN_TO_BE_REPLACED

How to Design The Diamond Engagement Ring of Your Dreams

I enjoyed having my secret jewel with me in the week between the handoff and the proposal. The significance of it all was of course overwhelming, but it was also just…thrilling…to have something so beautiful and valuable that I had managed to procure. Just saying, I get why pirates do what they do. A week later I knelt in the red dirt of the Aussie outback and asked Laura, “W-w-woomerrime?” After “WHAT ARE YOU DOING?” and before “Yes! YES!” I did see her eyes widen accompanied by an “oh my GOD” as she looked at the ring I was offering.

I still love showing it off. I was very lucky – in finding my partner, of course – but also that I got to have this dream sequence of a quest for Laura’s perfect engagement ring, and to buy something from someone who was born to make beautiful things and is so passionate about his craft.