“A jewel kept in the safe is a dead jewel,” declares Hélène Poulit-Duquesne, the CEO of Boucheron’s, who wore elegant stacks of the house’s signature gold and diamond and gemstone bracelets, multiple diamond rings and necklaces when she sat down with Only Natural Diamonds last week on a visit to New York. She’s clearly a proponent of stackable, easy everyday diamond jewelry, the kinds of pieces that you can live in.

The fashionable executive explained the demand for Boucheron’s signature diamond jewelry has never been greater, and that goes for men too.

When it comes to diamond jewelry, Boucheron is all about equal opportunity for women and men.

Known as an innovator and risk-taker, Boucheron was the first to show high jewelry on male models, and soon other houses followed suit. But the house’s signature collections have inherently been genderless. It’s not his or hers jewelry, Poulit-Duquesne points out, Boucheron’s designs appeal to all genders.

In Asia, where Boucheron has a strong following, she says men have been buying the house’s signature pieces for years and are wearing them every day. It appears the trend is taking off in America: Last week in New York, she says one male client came for a jewelry showing wearing a stack of Boucheron’s Quatre ear cuffs and “looked so chic.”

Once relegated to men on the red carpet or entertainers, she says that now men in all fields are embracing signature gold jewelry – and even some with diamonds. 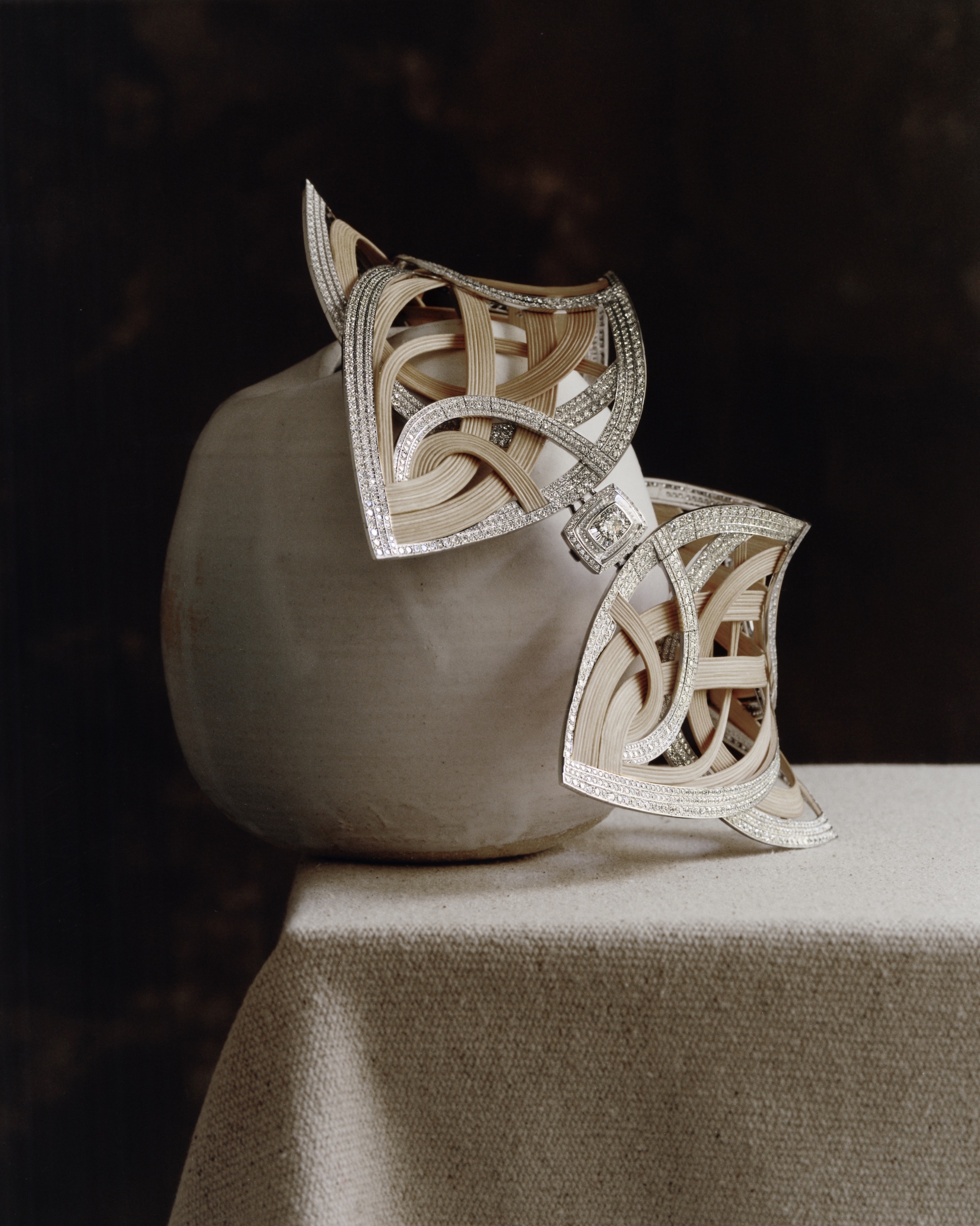 END_OF_DOCUMENT_TOKEN_TO_BE_REPLACED

As the first French jewelry house to offer this kind of traceability, Poulit-Duquesne has set a new standard, and already her competitors are following. “The big brands like ours will train the customers to expect to know the history of the diamond,” she says. And that’s a good thing for all consumers because everyone should know the story of their diamond.