At this point, unless you’ve been living under a rock, you’ve most likely seen the acclaimed historical drama, Downton Abbey in some form. It’s been over a decade, twelve years to be exact, since Julian Fellowes introduced the Crawleys to the world. Since its PBS debut in 2010, we watched for six consecutive seasons as the Crawleys and those who serve them, moved through the sinking of the Titanic, World War I and the Roaring Twenties. As time marched on, the only constant was the sumptuous diamond jewelry.

Nearly three years after the final season wrapped, the first film, Downton Abbey, was released (2019). The film debut proved the franchise was still a mega-hit, raking in nearly $194 million worldwide, and making it one of Focus Features’ highest-ranking films to date. Eager for more, the audience patiently waited for film number two. After numerous release-date delays, in May of this year, came Downton Abbey: A New Era. Written again by Fellowes and directed by My Week With Marilyn’s Simon Curtis, the Crawleys decamp to the South of France to uncover the mystery behind Violet Crawley, The Dowager Countess of Grantham’s (played with relish by Maggie Smith) newly inherited villa.

When it comes to period pieces like Downton Abbey, along with a storyline that leaves you on the edge of your seat, it’s the costumes that play a vital role in bringing the director’s vision to life. In addition to the exquisite fashion, the vintage diamond jewelry plays a pivotal part in conveying the lavish lifestyle the characters navigated over time. From countless multi-layered pearl strands, colored stones, a plethora of hefty diamond encrusted tiaras, and ornate brooches, the jewelry has been an integral part of each of the ladies in Downton, since that long ago premiere.

The first season begins in 1912 while A New Era, commences in 1928. Caroline McCall was at the helm as the costume designer for seasons one through four of the television series and Anna Mary Scott Robbins was the costume lead for the show’s last two seasons, as well as the two films. We saw decadent vintage frocks from the Edwardian period and embellished flapper dresses as the ladies of the Abbey transitioned into the beginning of the modern world. You’ve probably heard Lady Cora Crawley (played by Elizabeth McGovern) say more times than you’d care to admit “the modern world comes to Downton.” In addition to the many historical events the franchise depicts, it was important to the costume team to incorporate namesake jewelers with close ties to the actual House of Windsor dating back for more than a century.

Over the years, Bentley & Skinner, suppliers of antique, period, and bespoke jewelry, in London’s posh Mayfair district worked closely with the Downton Abbey jewelry and costume team to pull pieces for both the television show and the films. Well known for its coveted collection of unique engagement rings, it’s their incredible craftsmanship and jewelry restoration that truly sets them apart from other jewelers. According to Senior Specialist, Omar Vaja, it was a seamless partnership. “It was very easy to work with the costume team from Downton Abbey as they had very clear ideas of what would work for the characters and go with the costumes. We have a vast stock of vintage items to choose from,” notes Vaja. In addition to the fictional Crawley Family, members of the Royal Family have been clients of the jewelry store since the latter part of Queen Victoria’s reign. Several Bentley & Skinner one-of-a-kind diamond headpieces, earrings, and brooches, can be spotted both in the television series and the two films.

In the latest film, there were six exquisite pieces selected for the three leading ladies in A New Era. Perhaps one of the coolest parts? Some of the pieces that made the cut are still available to purchase if you’re looking for something special to gift yourself or someone dear. 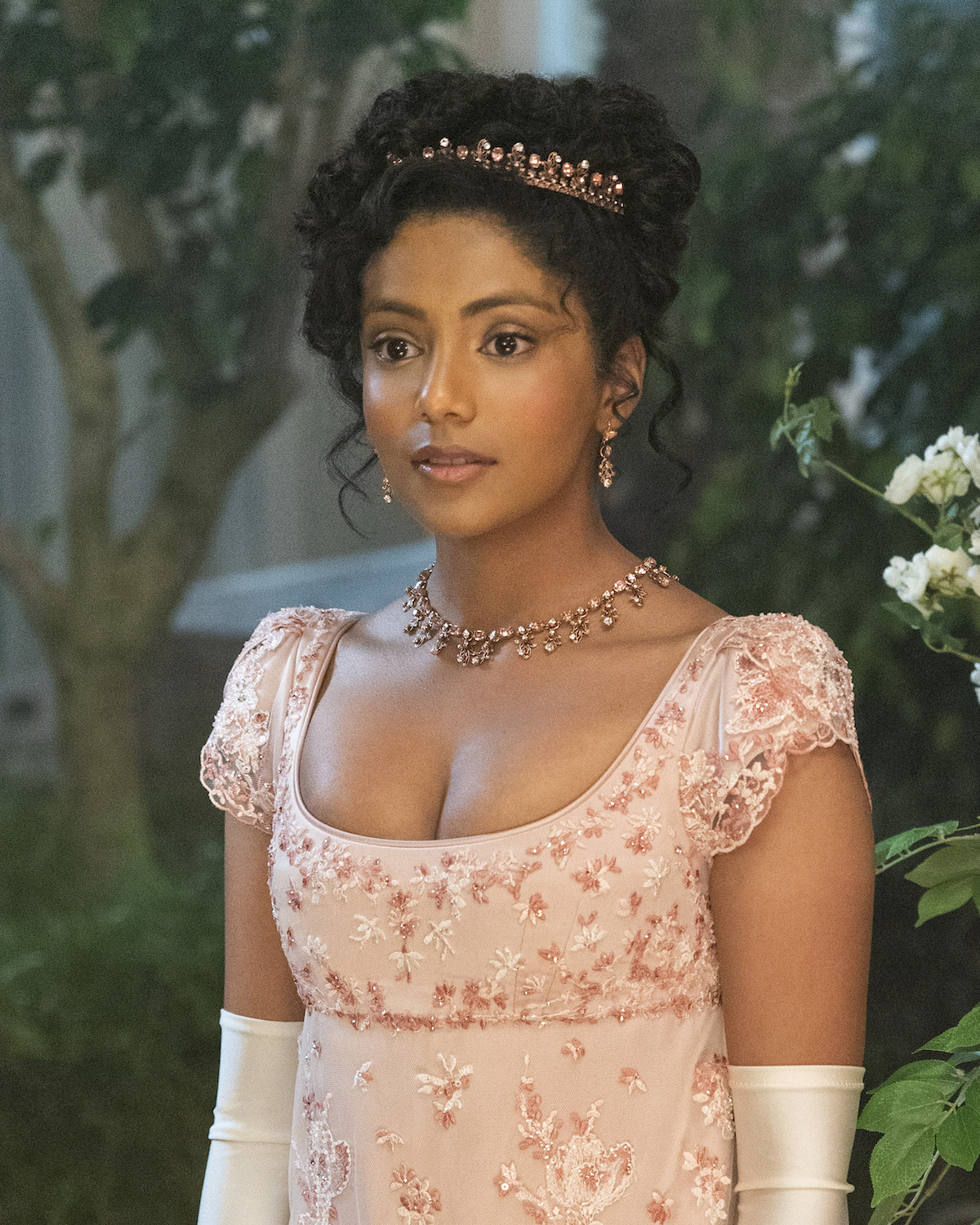 END_OF_DOCUMENT_TOKEN_TO_BE_REPLACED

Bridgerton is Back! Meet the Diamonds of Season 2

Get the Look: Lucy Smith’s Wedding

Get the Look: Lucy Smith’s Drop Earrings and Necklace

If you’re in the market for a special piece inspired by the incredible diamond jewelry seen throughout the Downton Abbey franchise (to date), it’s important to take the time to research what pieces speak to you. There’s no question that shopping for diamond jewelry similar to the iconic pieces worn by Lady Mary or Lucy Branson (Smith’s) exquisite wedding days is no short order but it doesn’t need to feel like a daunting task. Look for the diamond colors, cuts, shapes, settings, and sizes that compliment your style or the lucky person you’re shopping for. Vaja recommends first starting the process by heading to the treasure trove at Bentley & Skinner for ideas. “Antique markets and jewelry fairs are also a good jumping off point,” adds Vaja. The best part about shopping for diamonds is that you’ll treasure them forever and pass them down for generations, making it the perfect investment.