Bigger is better when it comes to the artwork by Los Angeles-based artist Angie Crabtree. For her debut Beverly Hills exhibit called FLAWLESS, Crabtree invites visitors to deepen their relationship with natural diamonds and gemstones via photorealistic oil paintings, digital art, and now, a limited-edition diamond jewellery collection.

Part art exhibit, part diamond jewellery pop-up, FLAWLESS is both a celebration of diamonds and an examination of the details and intricacies that make natural diamonds one-of-a-kind. Crabtree, who has done work for royal families and brands like Chopard, showcases nearly two dozen paintings in the collection, which includes a mix of commissioned work, privately-owned paintings, and artwork that’s available for purchase.

The artwork featured in FLAWLESS was created between 2019 and 2022, beginning with a painting of the Argyle Alpha, a 3.14 carat, emerald-cut vivid pink diamond. The painting, which Crabtree has revisited several times over the years to perfect, is just one of the large-scale masterworks that make up the exhibit. Other highlights from FLAWLESS include a 10-foot painting of a 21 carat, emerald-cut diamond that took approximately 200 hours to create and a portrait of the 3.88 carat Fancy Vivid Green Shangri-La diamond. 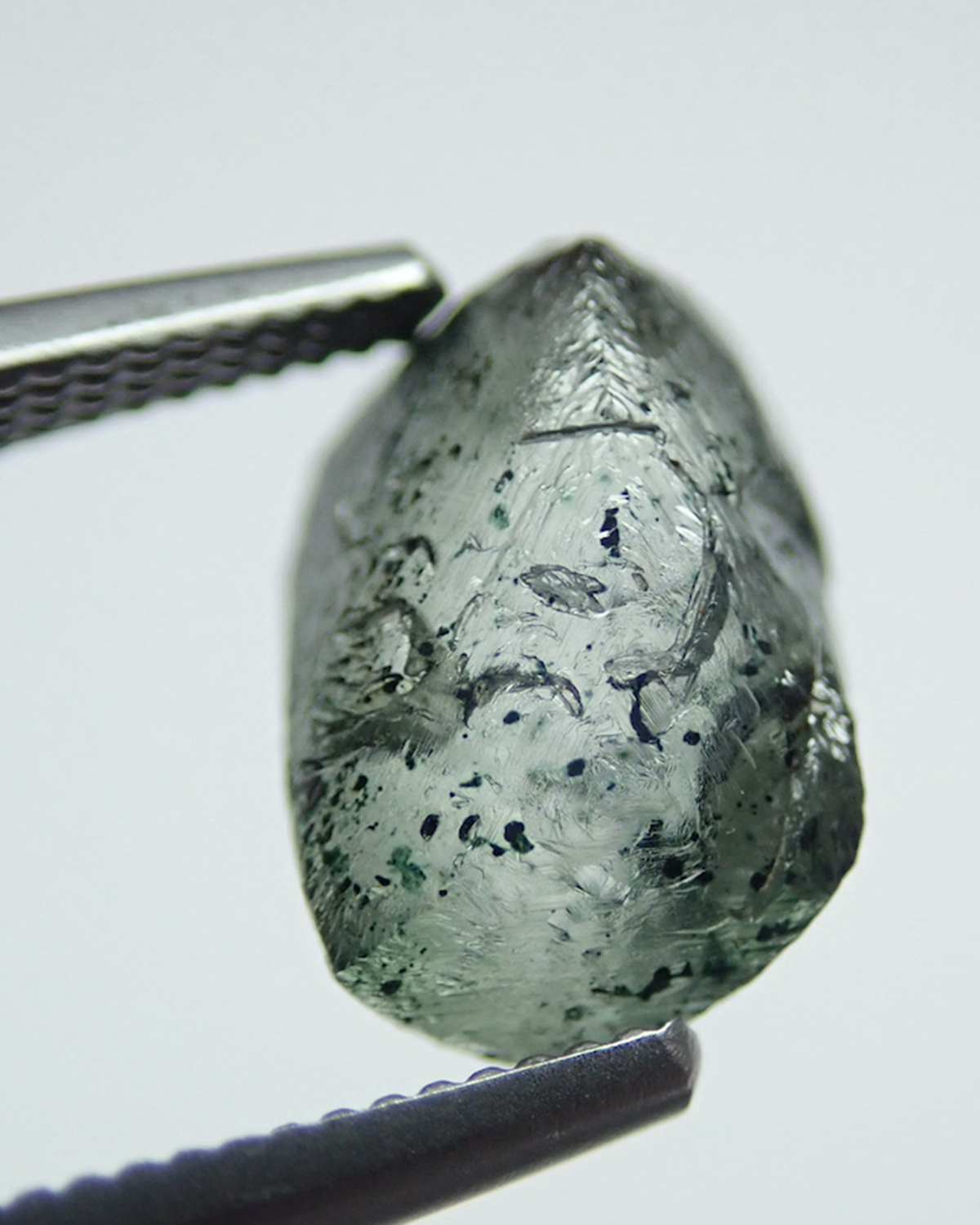 END_OF_DOCUMENT_TOKEN_TO_BE_REPLACED

Depending on the complexity of the stone Crabtree is painting and the scale of the artwork, paintings can take up to 300 hours and up to six months to create. Crabtree doesn’t rely on Google for images of the diamonds—when she’s ready to paint a stone, she turns to friends to source diamonds and works with a gem photographer to take photos of the stones at all angles. “Whenever I’m looking for a stone, I ask around,” Crabtree tells Only Natural Diamonds.

“It’s interesting that I have a different perspective on diamonds because I didn’t grow up around them,” Crabtree explains. A native of Sonoma, Crabtree’s introduction to diamonds came later in life, though she did grow up admiring her mother’s modest diamond engagement ring. A graduate of the San Francisco Art Institute, Crabtree first began painting diamonds in 2011 for an exhibition called Living the American Dream that challenged perceptions about wealth and luxury. For FLAWLESS, Crabtree wanted to maintain creative control of how her art is presented, bypassing the established gallery route and opting for a space she and her team can manage freely. One of the benefits of having the exhibit in her own space is that Crabtree can host events, collaborations, and pop-ups with some of her favorite designers like affordable diamond jewellery brand Janvier LA. Tanya Parikh, a diamond wholesaler and founder of Janvier LA, was the first person to give Crabtree access to real diamonds and taught her everything she knows about the industry. “The more I learn about stones and see them in person, the more I appreciate them,” Crabtree says.

Crabtree’s appreciation for diamonds extends far beyond the work she produces with oil and canvas. Mixing mediums, surfaces and formats, Crabtree’s diamonds grace physical products like cellphone cases and hand-painted sneakers and luxury handbags, as well as occupying space in the world of NFTs. After years of painting diamonds, Crabtree has turned to working with the diamonds themselves, creating wearable art with her debut AC Jewels collection of nearly a dozen limited-edition rings, earrings, and necklaces. All of the pieces are on view at FLAWLESS.

“All of my collectors that collect paintings, collect jewellery,” Crabtree says of her foray into the world of jewellery design. Though she initially thought she would create Fabergé-esque pieces following the success of her paintings, designing jewellery was ultimately her next best move. The debut collection features custom and limited-edition jewellery like a necklace featuring asscher-cut and round diamonds, diamond drop earrings, stacking rings and custom engagement rings. Each of her pieces come with either an original painting or print, and AC Jewels is also giving collectors a chance to acquire a 10.10 carat, pear-shaped loose diamond, along with a 3-foot hand-painted portrait and an NFT.

As Crabtree expands into new creative territories, she is grounded by her genuine love for natural diamonds in all forms. “In the beginning, diamonds to me just represented success and love. Now, seeing the process going from rough to faceted, it’s an art form,” she says. “Seeing them come out of mother nature is an art form, and I paint them, and that’s an art form. They become jewellery and then people wear them, which is another art form. For me, it’s about the art and beauty of the diamonds.”

FLAWLESS will be on display through August 14, 2022 in Beverly Hills by appointment only.