A masterful combination in craftsmanship and style, here’s why diamond and pearl jewels are so perfect right now.

Get set for a white-on-white pairing that literally glows. The combination of a sparkle- igniting diamond cut and lustrous pearl surface is purely magical. And rather than prim and proper, designers are interpreting the mix in ways that feel super fresh. 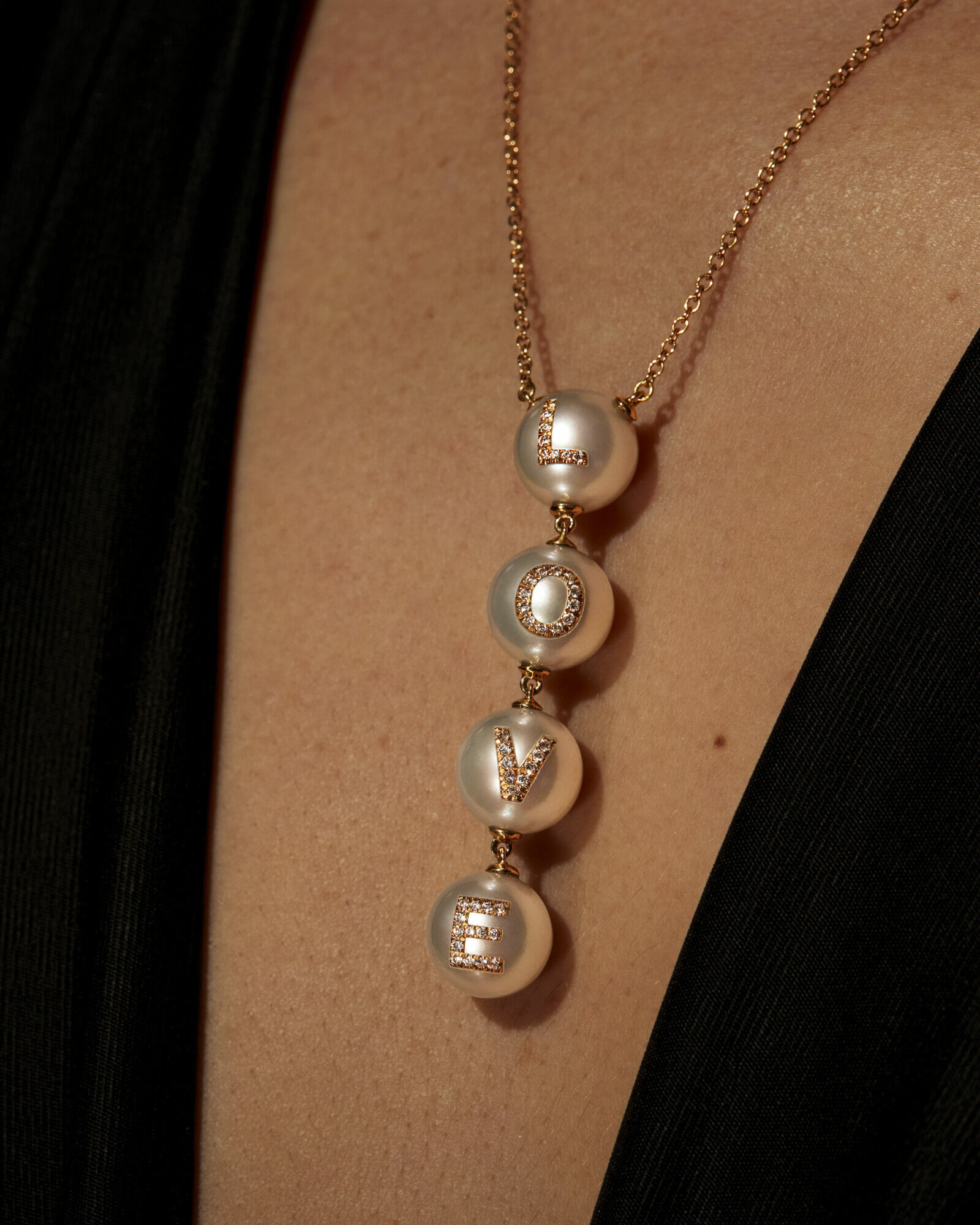 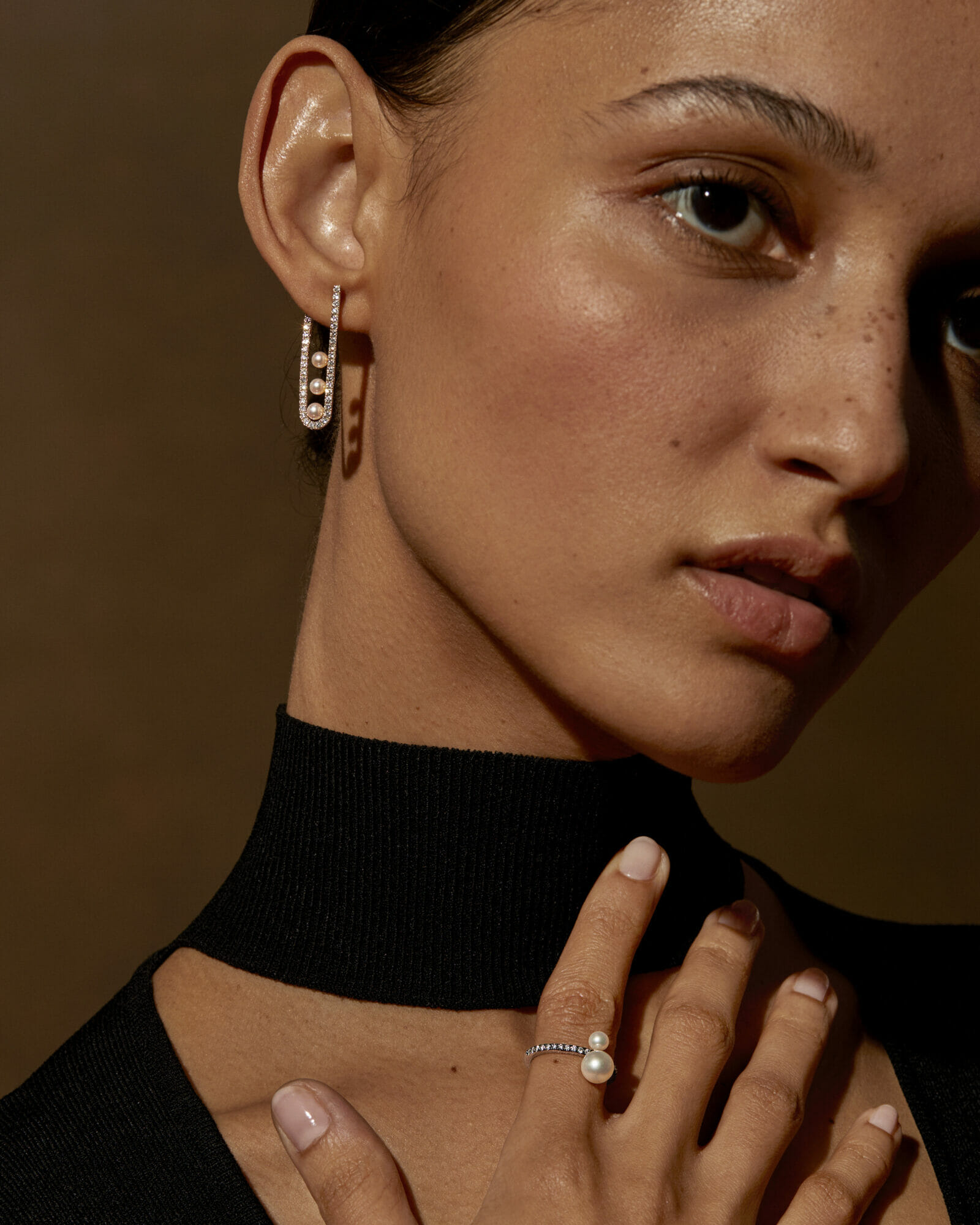 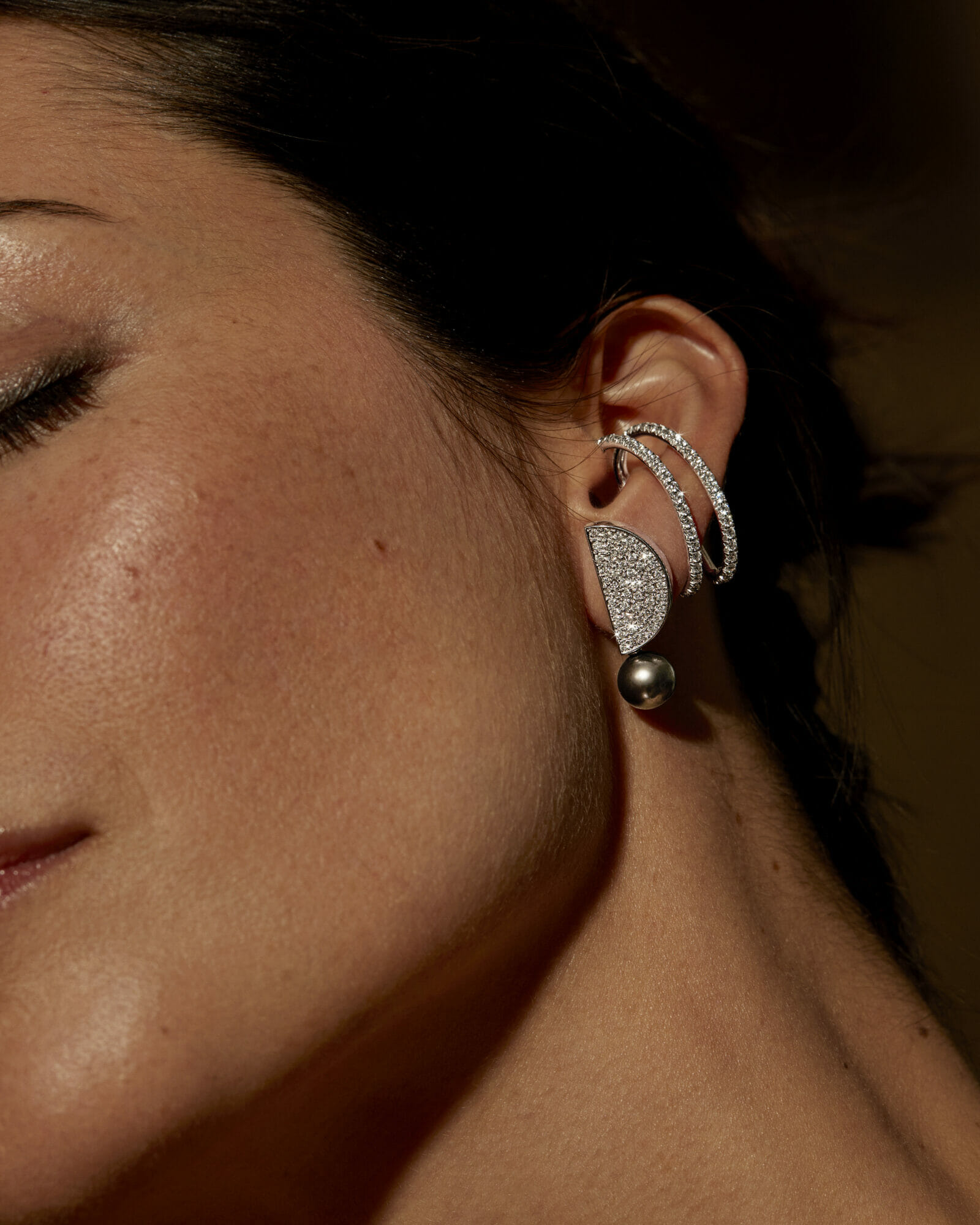 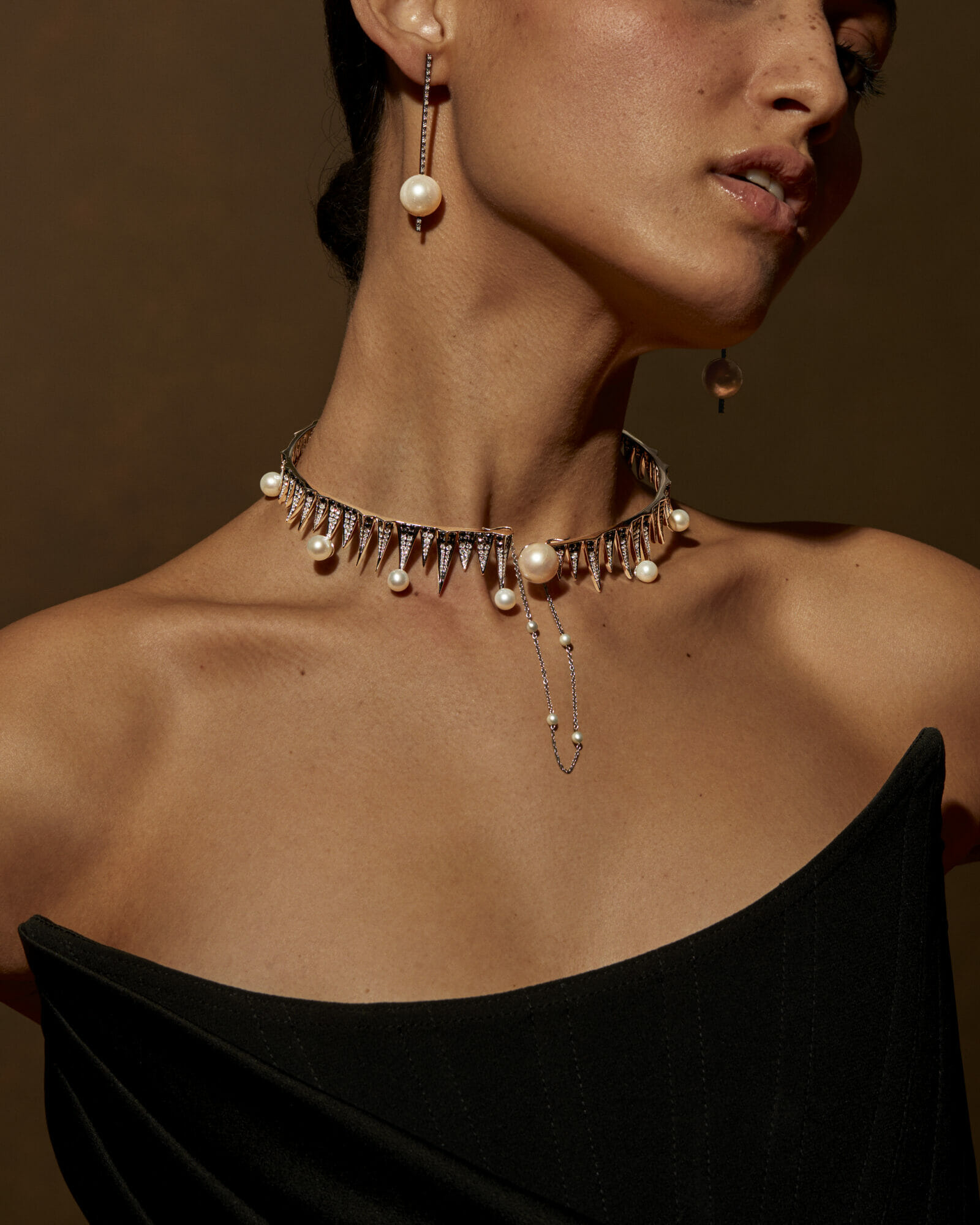 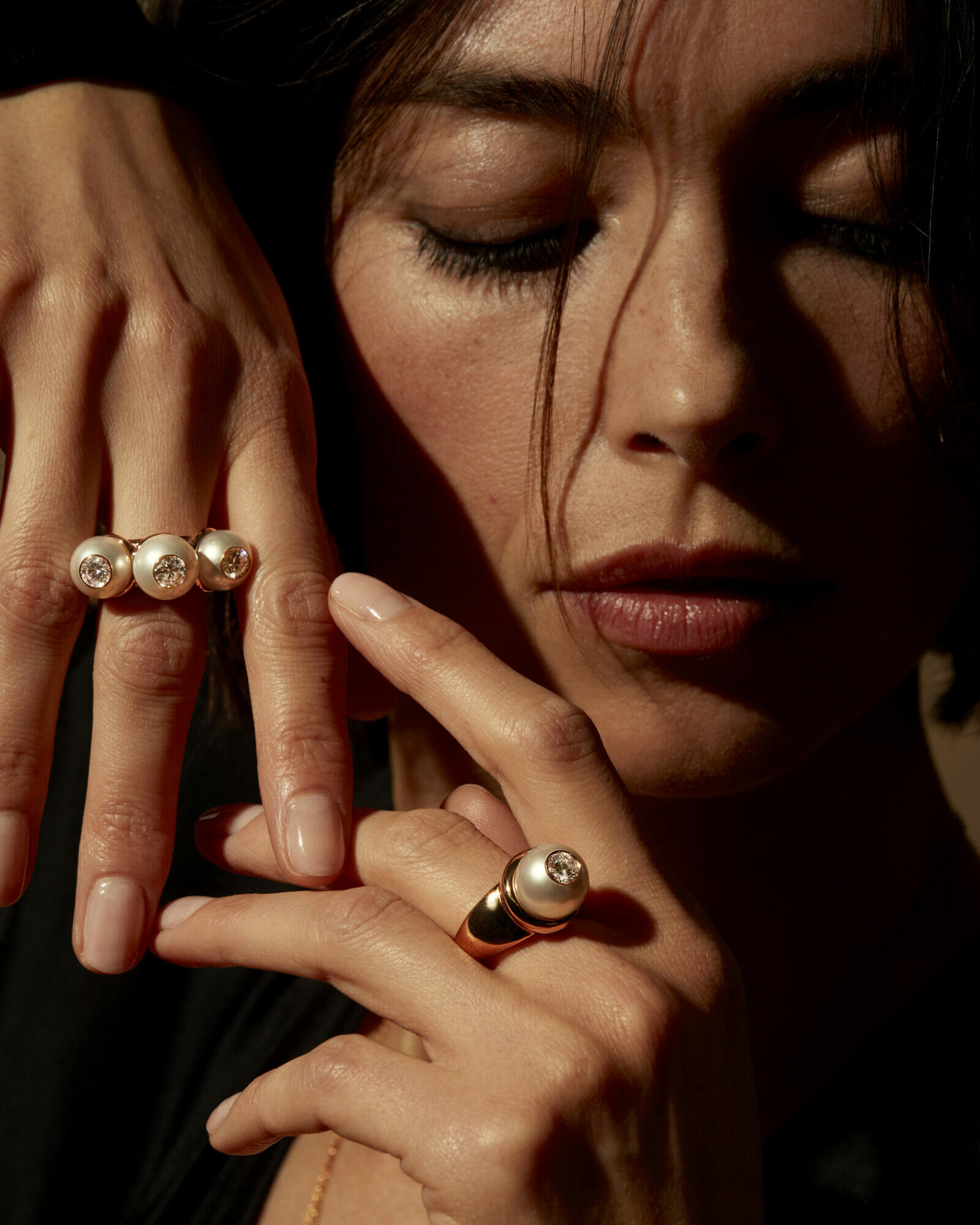 There is a romantic and dreamy look to diamonds and pearls. These are qualities everyone always wants to capture in their jewelry, particularly now.

Everyone is trying to find their light, right? Well, when it comes to jewelry it’s easy to do with diamond and pearl pieces. The white-on-white pairing literally glows like that ring light you have been using on your Zooms. Or that flattering Instagram filter.

I am not just making this up: the gemological properties are real. A diamond’s cut ignites the sparkle, and when you move, an effect called scintillation occurs. Pearls have a quality officially named luster; the nacre on the surface of pearls gives them that glow. And while there is no formal term to describe the light emitted when the two gems are set together, let’s just call it magical.

I know what you are thinking. Pearls and diamonds have been around forever in jewelry—aren’t they usually a pretty prim combo? Well, yes and no. Historically speaking, diamonds can be found in royal collections going back centuries from England to India and beyond. In the mid-20th century, American style icons like Jackie Kennedy and Grace Kelly proved the pairing was a real classic.

But now things are different and the prim part of the pearl and diamond equation is gone. The dynamic gem duo is experiencing a makeover in the hands of super talents like Wilfredo Rosado of W.Rosado. Pop culture inspired the designer’s Pearl ID collection.

“At first, I was thinking about Prince’s song ‘Diamonds and Pearls,’” remembers Rosado. With the lyric, “If I gave you diamonds and pearls, would you be a happy boy or girl,” in his head, Rosado spotted a friend wearing those white plastic bead bracelets with black lettering and decided to give the style a couture makeover. The result? Playful pieces in which South Sea pearls are inset with round diamonds. While some have initials, others spell out full words with messages like “love.”

The designer is not alone in the pop culture sphere when he was thinking about diamonds and pearls.

Ariana Grande is a big fan of the gem pairing. Her dreamy engagement ring is composed of a diamond and a pearl, and the singer’s signature earrings are pearl and diamond studs.

A pearl necklace with a diamond clasp has become fashion designer Marc Jacobs’s signature jewel.  He frequently puts on the classic with diamond studs and makes it all seem oh-so-cool.

As Jacobs proves with his unexpected styling, there is tons of versatility in jewels with the two gems; the white-on-white of diamonds and pearls match any color in your closet. “There is a romantic and dreamy look to diamonds and pearls,” explains Jennifer McCurry from Marissa Collections. “These are qualities everyone always wants to capture in their jewelry, particularly now.” 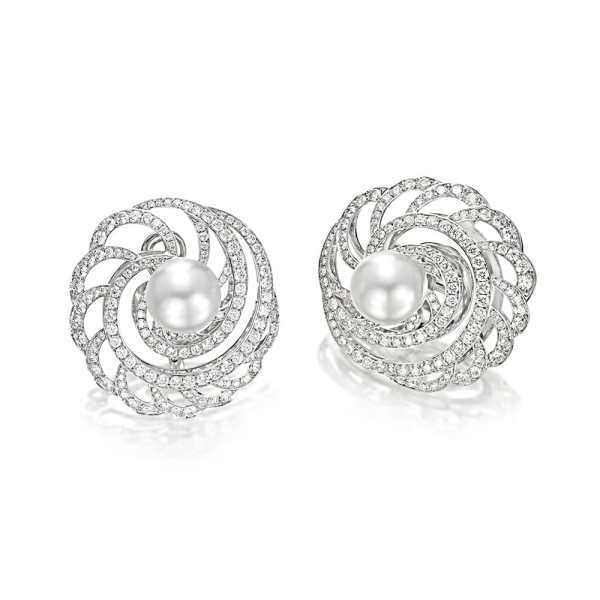 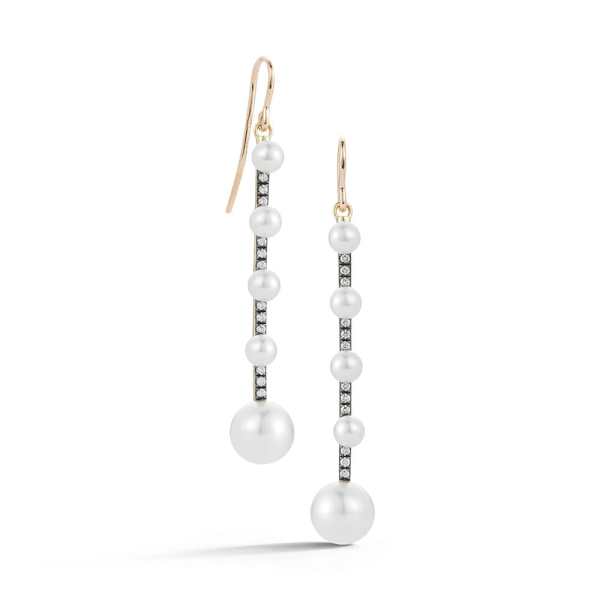 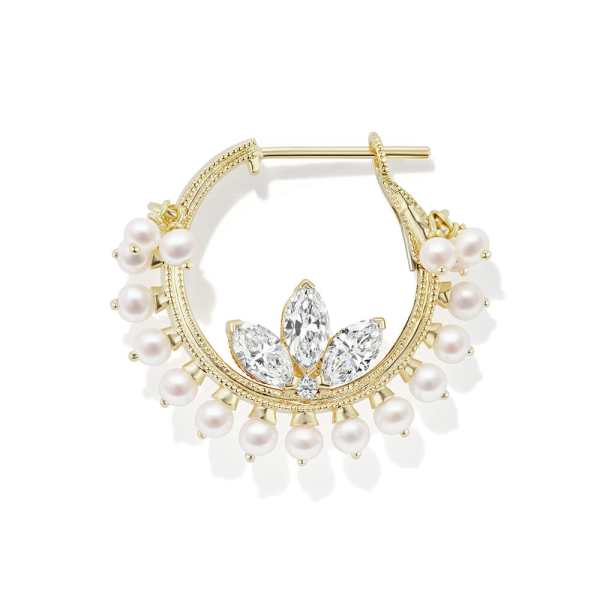 Features a brilliant center lotus — marquise diamonds on one side, pavé on the other — crowned with a halo of pearls.⁣ 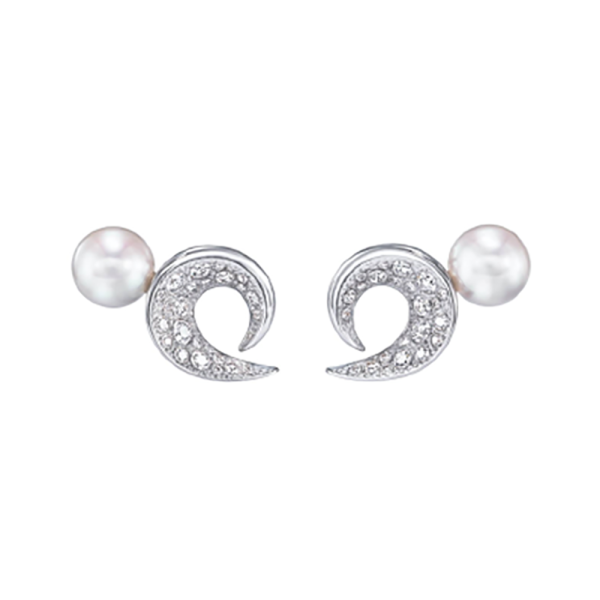 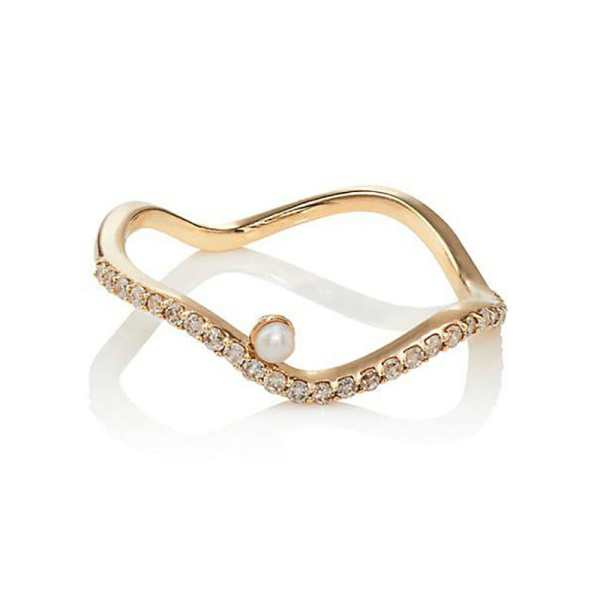 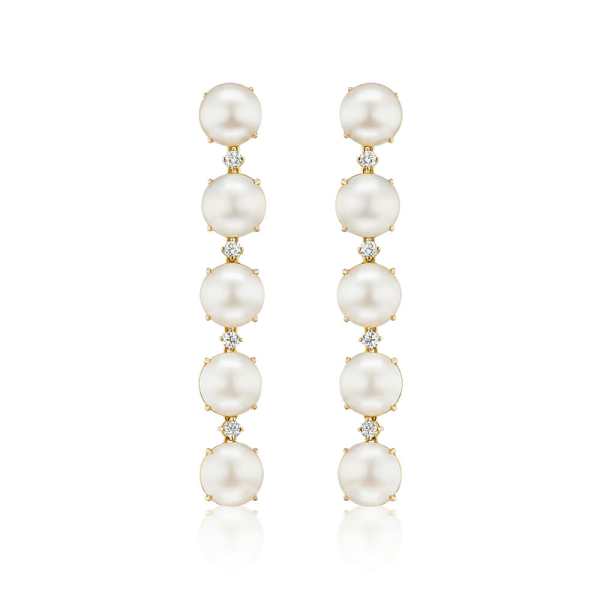 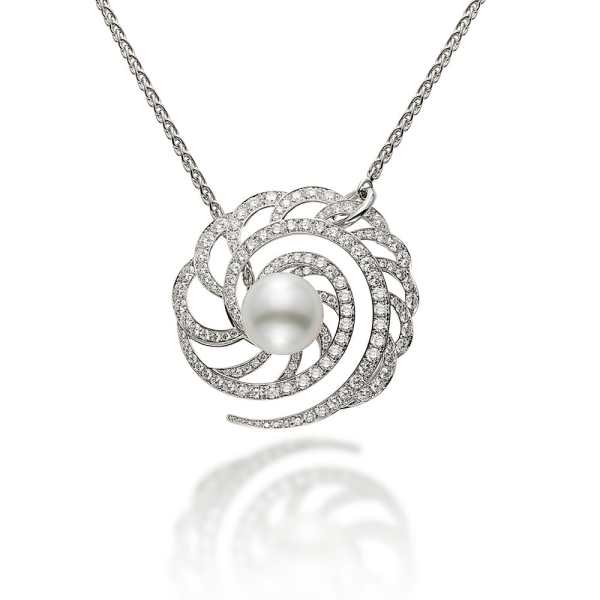 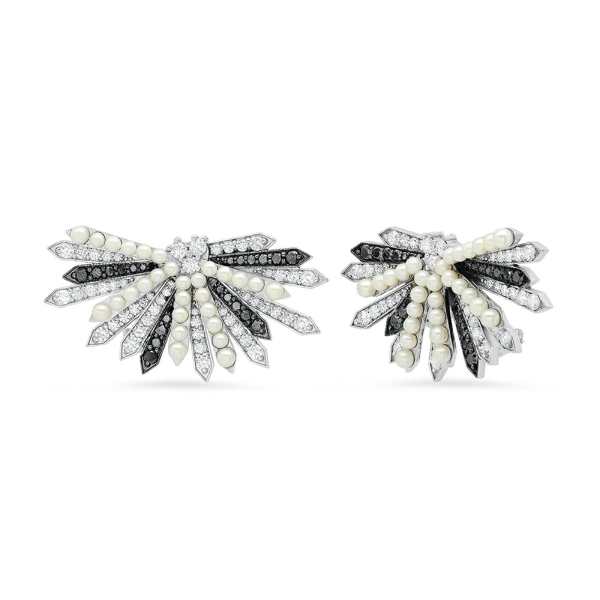 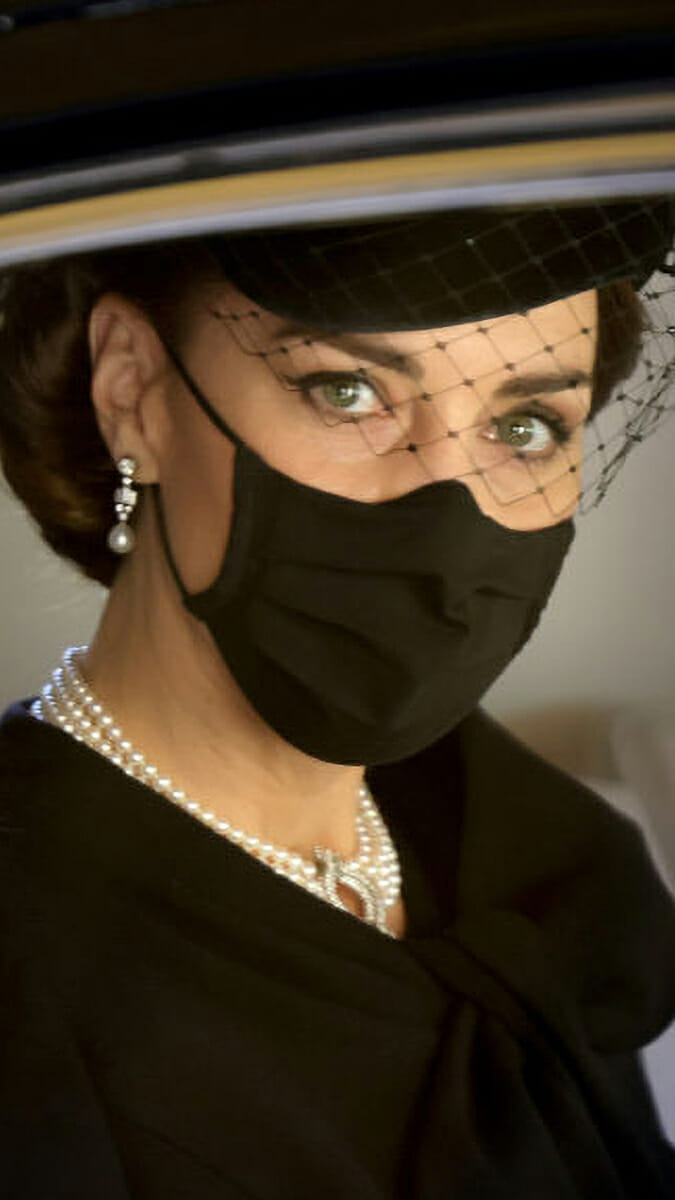 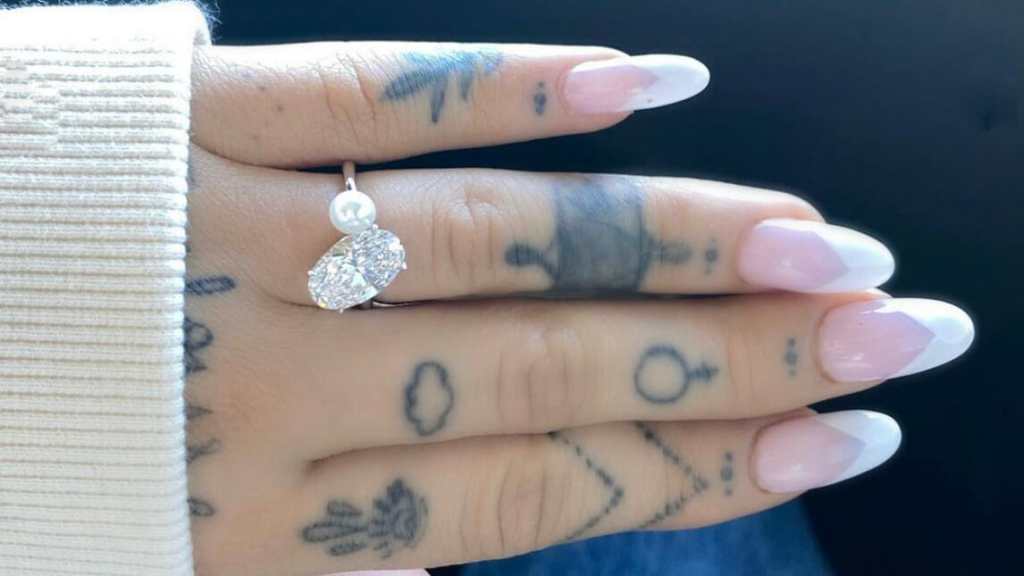 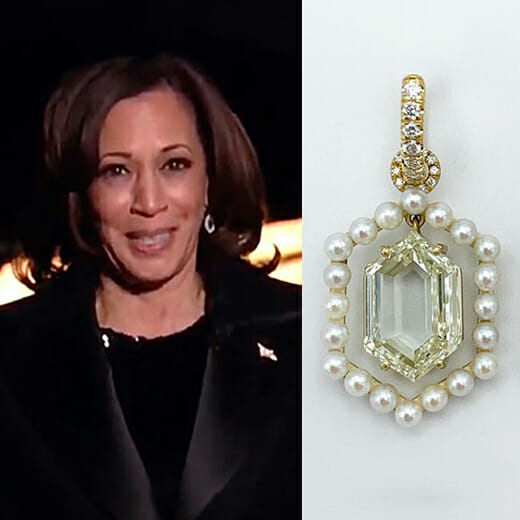 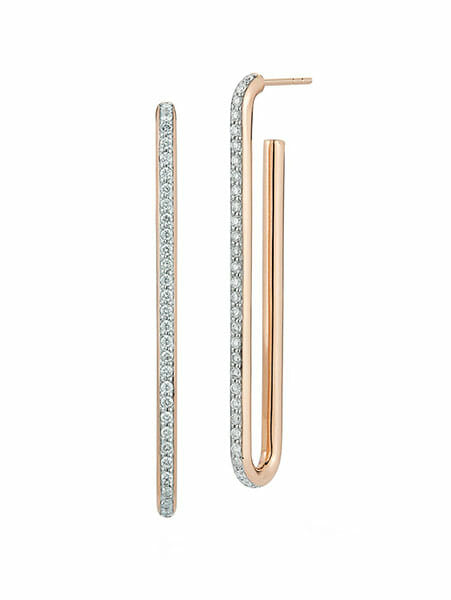 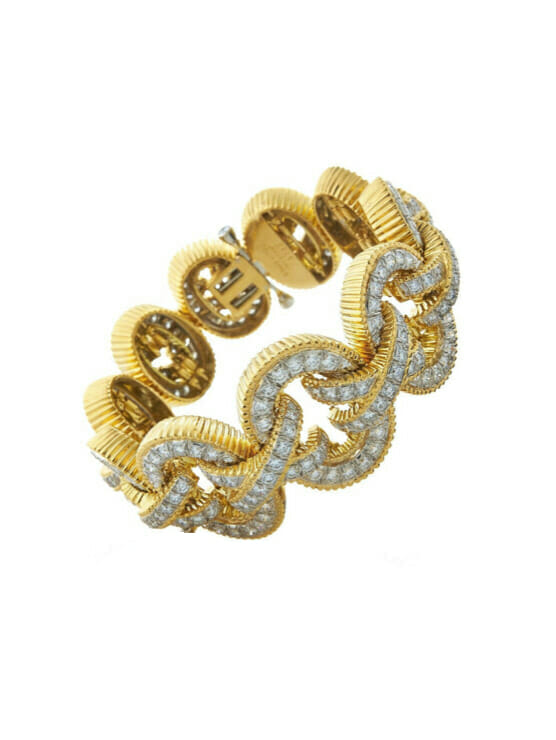 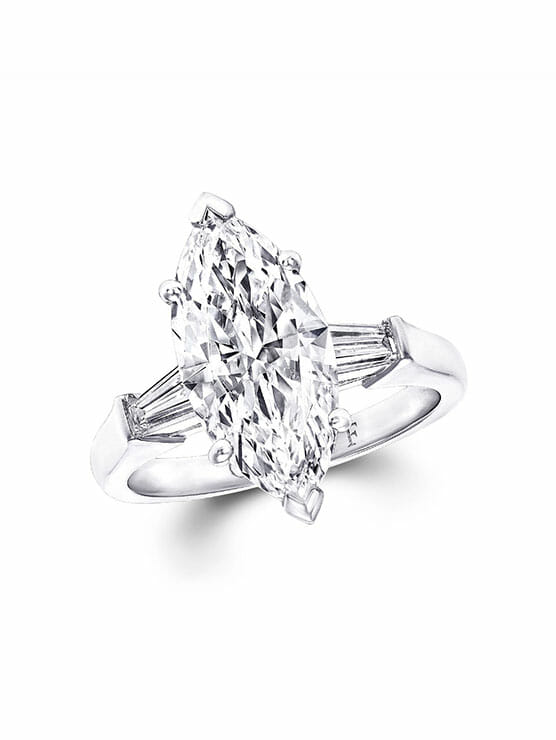 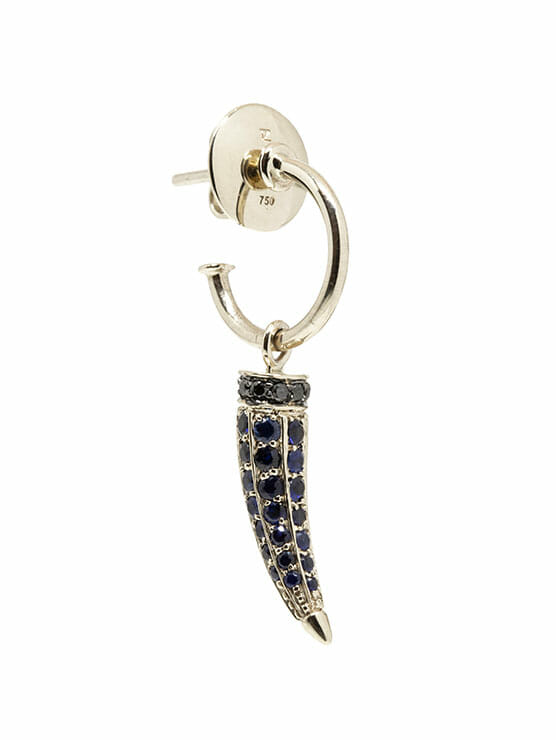