Like the churn of the ocean, ruling dynasties have flourished and disintegrated in the land now known as India. These transformations have led to the influx and exodus of gems and jewellery from the region, enriching the lives of all those who came in contact.

In October 2009, destiny brought a Qatari prince, Sheikh Hamad bin Abdullah al-Thani to a special exhibition at the Victoria and Albert Museum in London (Maharaja: The Splendour of India’s Royal Courts). The prince who’d never visited India was captivated by stories of Maharajas and Mughal emperors embedded in the diamond-encrusted treasures on display. A collector of fine art, this brief encounter inspired the prince to spend the next ten years building one of the rarest collections of natural diamonds, precious jewels and antiquities that would portray the history of India through an array of international exhibitions and literature. 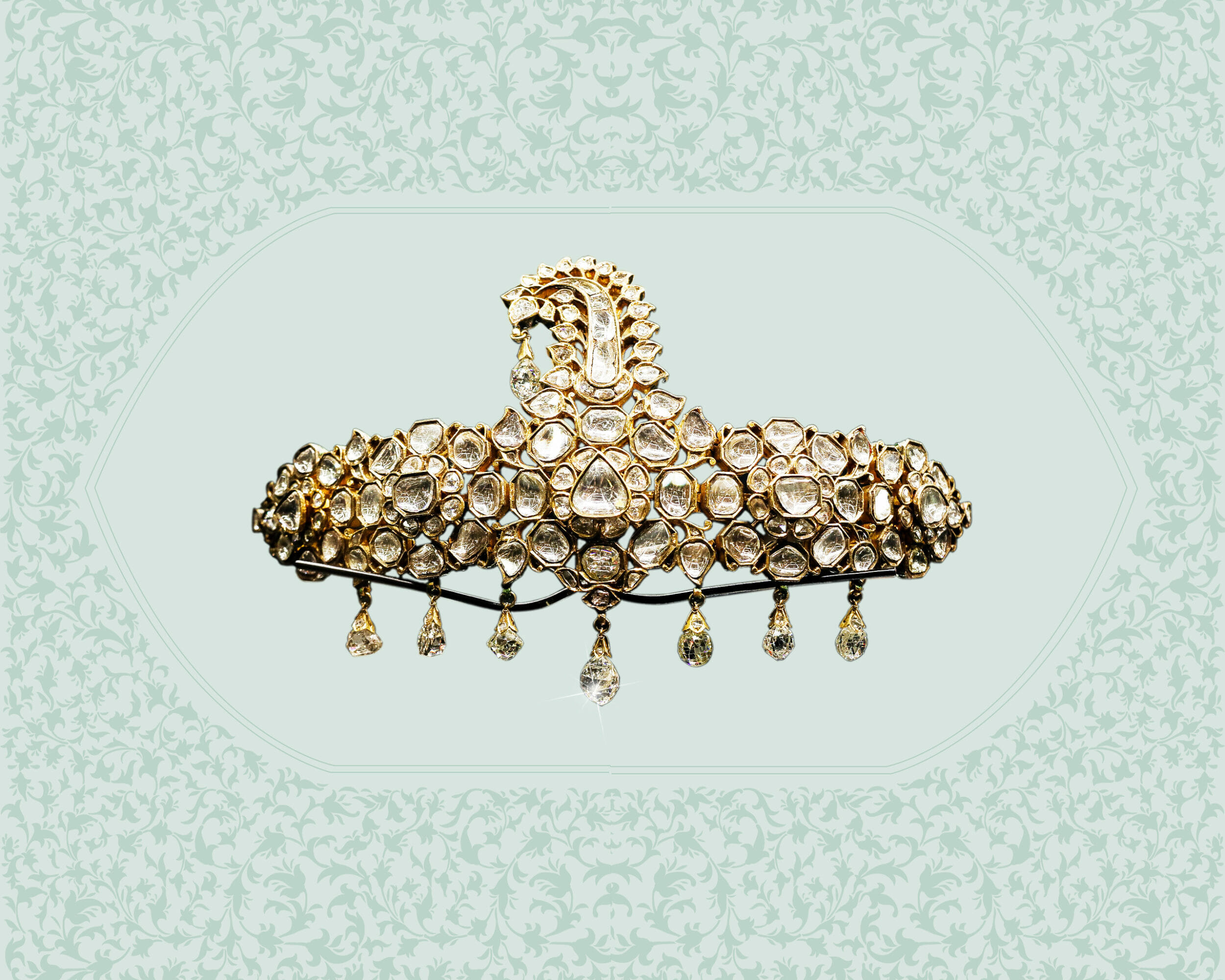 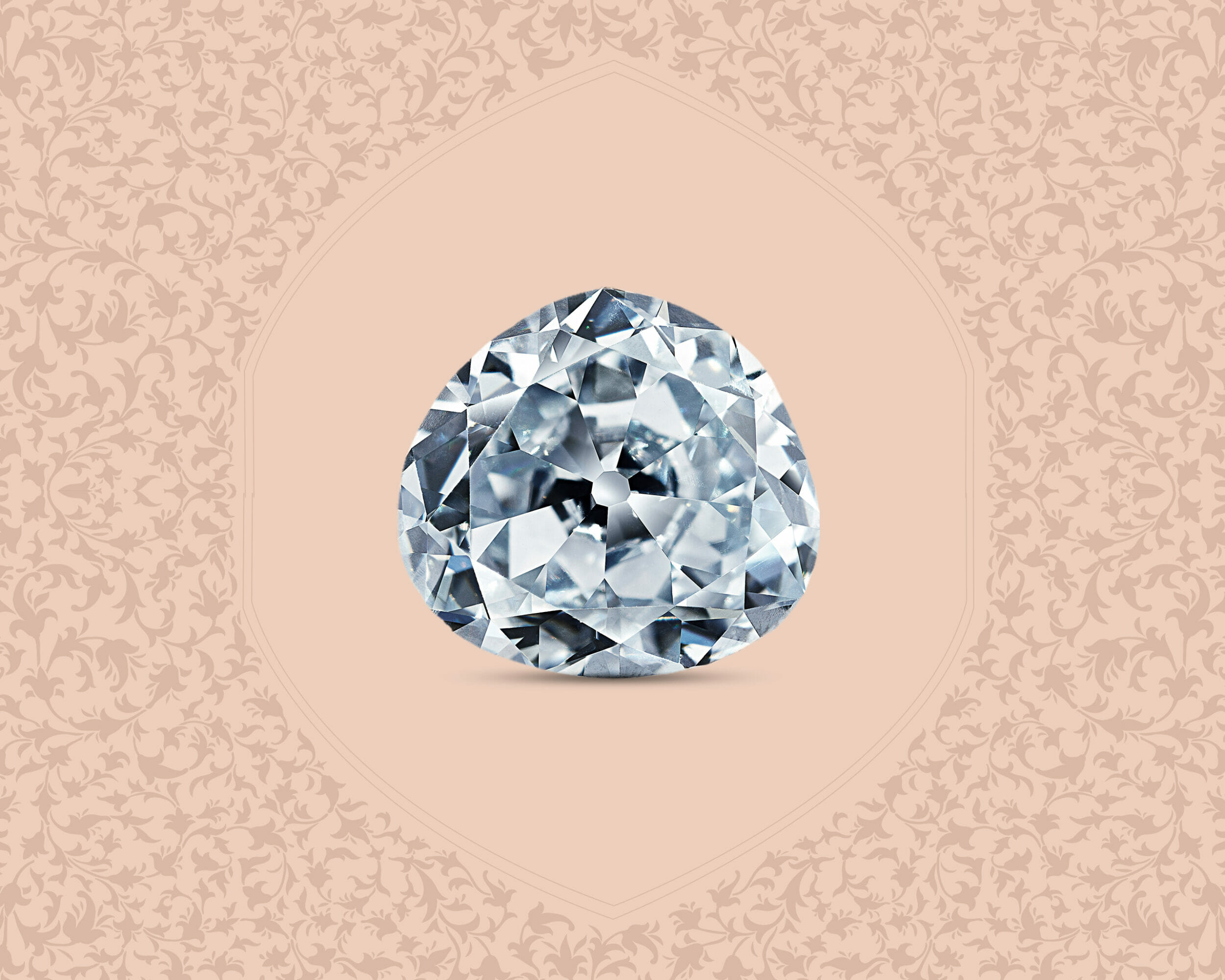 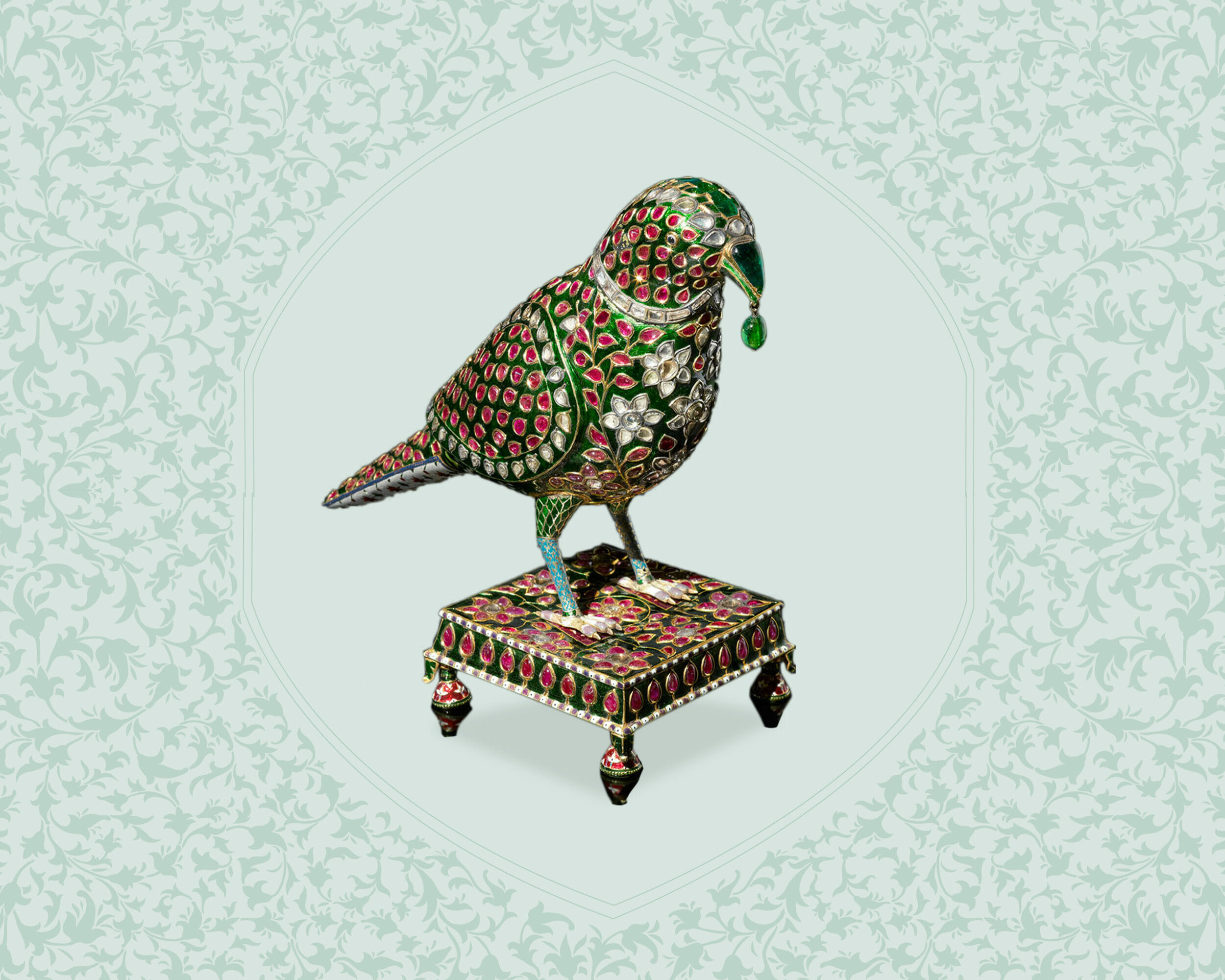 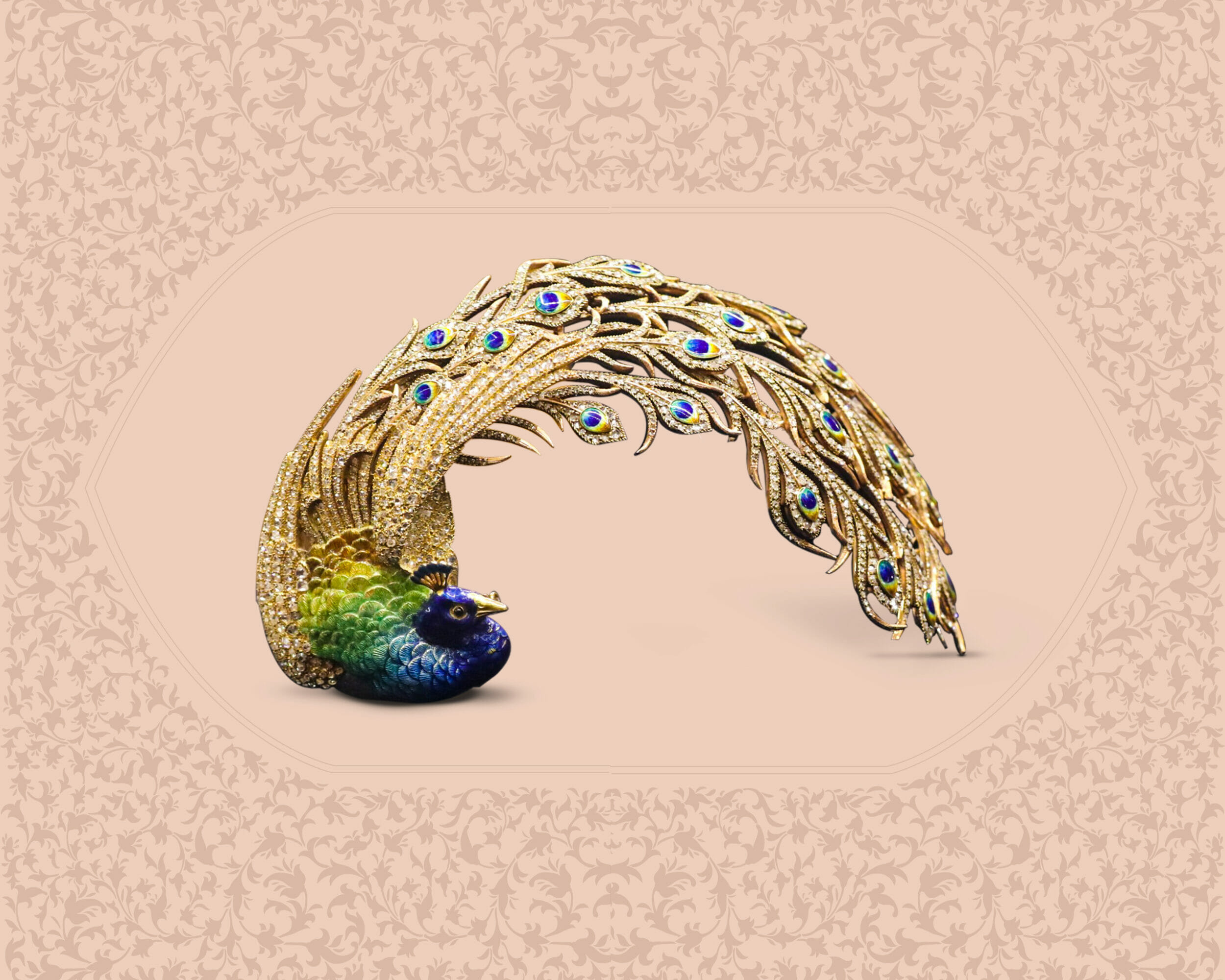 Historically, visual arts, architecture, festivals and royal treasuries, defined the true worth of a kingdom. And a king’s jewels epitomised the grandeur of his court.

Unlike jewellery movements in the West that followed a chronological path, jewels from the Indian sub-continent absorbed numerous cultural influences, making the task of identifying a pattern almost impossible.

By observing the varying styles of turban ornaments in the inimitable Al-Thani collection, however, we can discern some facets of the meandering story of India. In the late 16th century, a humble feather plume, in a jewelled ornament, symbolized the wearer’s position as the supreme monarch. Later periods saw an increased opulence (conveyed via natural diamonds) in the style of turban ornaments, emblematic of the crown. Let’s consider a few examples from the Al-Thani collection that feature rare natural diamonds.

From the 19th century, we first observe a traditional Sarpech[1] of the Nizam of Hyderabad. Nizams were vassals of the Mughal empire and their jewellery style reflected this relationship. The Sarpech features a Polki[2] diamond set using Kundan[3] goldwork with Meenakari[4] on the reverse side and tumbled spinel[5] drops.

Our second example is a diamond Aigrette[6] from the early 20th century[7] belonging to the Maharaja of Nawanagar. During this period, indigenous rulers of India were mere figureheads operating under British colonial rule. We see this mirrored in the jewellery of that time, with the treasured Aigrette exemplifying how the use of natural diamonds in European jewellery enamoured Indian monarchs. The jewel features 17 enormous natural diamonds weighing a total of 152.64 carats: a departure from the traditional jewellery style.

Our third example is the Tiger Eye turban ornament featuring a rare 61.50-carat cognac-coloured natural diamond. In 1937, Maharaja Digvijay Sinhji of Nawanagar asked Cartier to create a turban ornament in the modern ‘art deco’ style. Diamonds played an integral role in influencing the iconic art deco style (evident from the baguette-style diamonds in this ornament) and were the choice material for royal families and jewellery designers to express grandeur and also remind the viewer of their background.

“French jewellery houses such as Cartier, Boucheron, Van Cleef & Arpels were inspired by the colour, character, and patronage of noble families from India to create contemporary interpretations of India’s rich cultural heritage.”

An exceptional agglomeration of precious works of art, pieces in the Al-Thani collection don’t just give us a glimpse into a long-forgotten world, they also ease us into modernity with examples from contemporary artist jewellers. Curated with great care, each piece narrates the story of illustrious families and their most coveted heirlooms across 500 years. The glory of the 16th century, the modern flair of the 20th and contemporary creations by JAR and Viren Bhagat, all come together to share the stories and the magnificence, that was, and always will be, the Splendour of India.

The Collection, shared via projects undertaken by the Al Thani Foundation, aims to honour artistic diversity and heritage. In June 2021, the Al Thani Collection Foundation opened a museum space at the Hôtel de la Marine. Located on the Place de la Concorde Paris, this building was commissioned by Louis XV in the 18th Century. It is here that the glorious Al Thani collection will remain on long-term display, in a fittingly historic building with a royal heritage, to enamour and dazzle a new generation of connoisseurs.

[3]The traditional technique of setting gems

[5]A favoured gem of the Mughal emperors

[7]Although there are no marks on the aigrette, in her book on the Al-Thani collection, author and historian Susan Stronge allude to possible connections with Mumbai-based Gazdar Jewellers who were known to create aigrettes in this European style and were the foremost jewellers of Nawanagar at that time.