20th September 1979, it’s noon and over a hundred people squeeze inside the Supreme Court of India, Delhi. An air of palpable excitement pervades the room as jewellers, historians and gem merchants gather to witness one of the most anticipated auctions of historic jewellery belonging to, once the wealthiest man in the world, the Nizam of Hyderabad. A saga that started on 29th March 1951 when Mir Osman Ali Khan, the seventh Asaf Jah or seventh Nizam of Hyderabad, formed the “H.E.H. The Nizam’s Jewellery Trust” seems to be concluding with this sale. 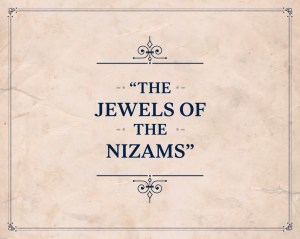 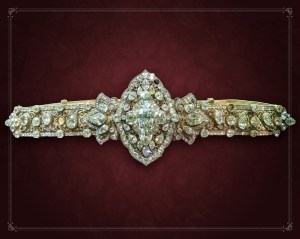 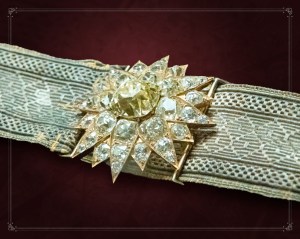 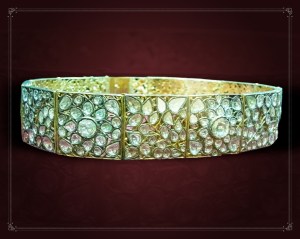 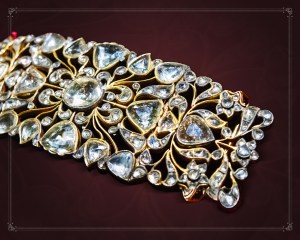 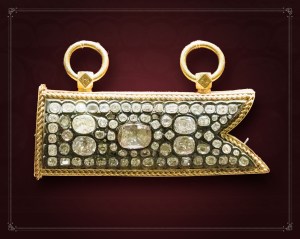 The Jewels collection of the Nizams. Images by: Richa Goyal Sikri

Buckle in gold set with foiled flat-cut diamonds in a traditional gold-leaf Kundan setting. The five large diamonds in the centre are estimated to weigh 30 carats, with the weight of the 146 gems estimated at 55 carats. Late 18th century

Silver and gold dagger sheath crafted decorated with foiled old-cut diamonds. The large diamond in the centre is estimated to weigh around 8 carats. Early 19th century

The final two bidders appear alert. The first being the Greek shipping magnate Stavros Niarchos, represented in the room by his son Philip Niarchos, along with his advisors, the eminent gem merchants Hubert Rosenthal and Mr Rajendra Kumar Godha of Shanti Vijay & Co. The second player, Dubai-based merchant banker Abdulwahab Galadari. Both groups have deposited cheques worth nearly US$24.6 million with the court and received permission from the authorities for export. The stage is set.

The jewellery was finally acquired by the Indian government sixteen years later for US$67.22 million.

Manoj Godha of Shanti Vijay & Co. recalls that afternoon as narrated to him by his father, R.K.Godha, “Just as auction preparations were underway, the Attorney-General (A.G.) of India arrives requesting the court to stop the auction as the jewels are national treasures and should not leave the country. The judge calmly reminds the A.G. that international bidders have already been invited for the auction as the government had previously declined to purchase the jewels. Upon further protest by the A.G., the judge invites the government to bid for the jewels (waiving the deposit requirement) or suggests the A.G. obtain a cabinet decision forbidding their export, ordering the court to reconvene at 3 pm.”

As fate would have it, the A.G. managed to return to court by 3 pm with the cabinet decision declaring the jewels as ‘art treasures’ of national importance and the auction was cancelled. After a tumultuous sixteen years of legal battles, the jewellery was finally acquired by the Indian government for US$67.22 million at that time.

I recall this intense period while observing the Jacob diamond rotating on a velvety black pedestal during a special exhibition in April 2019 organized by the National Museum in Delhi. The fourth-largest diamond in the world, it has been placed in the centre of the fortified safe-room surrounded by display cases overflowing with the most beautiful Natural Diamonds, natural pearls, rubies, emeralds, sapphires and spinels. I look at the motley group of people walking around in reverence; academics, international gem merchants who have flown from around the globe for the exhibition, Indian and foreign tourists excitedly pointing at details in the jewels.

As I move to the sizeable natural diamond-studded dagger sheaths, belts, and turban ornaments, I try to visualize the splendour of the court. Since antiquity, monarchs employed jewels to demonstrate power and prestige to their subjects, visitors and rivals. Purveying the treasures in the room, it is easy to understand why ancient Indian literature, such as Kautilya’s Arthashastra, (2nd-century BCE-3rd century B.C.E.), underscored the importance of acquiring high-quality gemstones. Being highly concentrated, portable reservoirs of wealth, in the absence of financial institutions, a treasury full of precious gems and jewels meant economic security for a king and his kingdom.

With most of the populace uneducated and in the absence of broadcasting marvels such as social, print and electronic media, visual arts, architecture, festivals, portraits, and processions were essential communication tools; turban ornaments, necklaces, ceremonial swords being perfect props for visual iconography.

The Jewels of The Nizam. Credit: Christie’s 2020

The security team gives a 10-minute warning to the limited group of individuals permitted in the room. Conversations cease as everyone scrambles to take videos and photos of the surrounding finery. I reach the magnificent Golconda diamond necklace containing seven significant Natural Diamonds estimated by historians to be from the early 17th century with the necklace crafted in the late 19th century to early 20th century. This ability of artisans in the Indian sub-continent to incorporate Western aesthetics while employing traditional techniques continues to draw contemporary designers to the shores of India. In many respects, the Indian sub-continent provided the gems, the opportunity for trade, the craftsmen, the patronage, the inspiration and schooled the world in the art of personal-adornment.

As I near the exit, the portrait gallery of the Nizams stares down at me. Mir Qamaruddin was the Turkish general who founded the Asaf Jah dynasty and was the first Nizam. Interestingly, ten Nizams ruled the Deccan, but official records count only seven as the three after Mir Qamaruddin never received the title from the Mughal emperor. I then consider the controversial figure of the second Nizam, Mir Nizam Ali Khan who ruled from 1762 to 1803. To safeguard his kingdom after a crushing defeat at the hands of the Marathas, he aligned himself with the British against Tipu Sultan of Mysore, triggering a series of events strengthening the British position in the Deccan. The third and fourth Nizams’ roles were minimal with the diwan, Salar Jung I emerging as a critical figure in the later period. Jung’s decision to act as a British ally during the revolt of 1857 (strongly resented by the populace), enabled him to secure the kingdom and institute a range of reforms and infrastructure development for the social welfare of the people.

Nizam Mir Osman Ali Khan was The Wealthiest Man Alive in 1937 as per TIME Magazine. 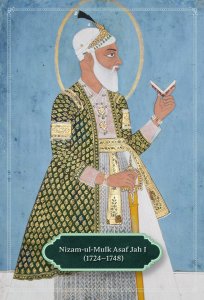 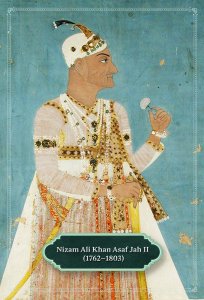 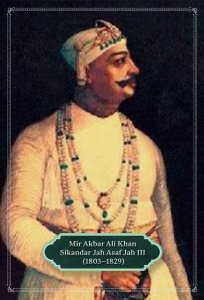 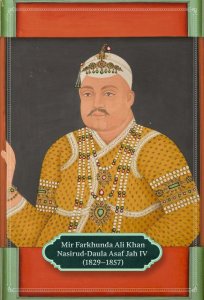 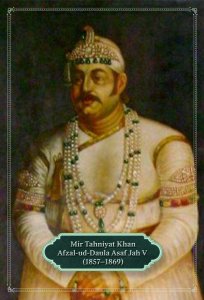 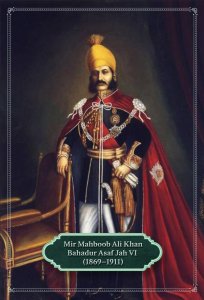 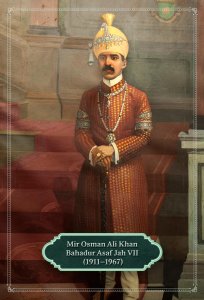 As I move along the portrait gallery, I turn back for a final glance at the Jacob diamond. Staring at this mineral gift from mother Earth sparkling under the light at a distance, I smile remembering an anecdotal tale of how the last Nizam (Osman Ali Khan) found the diamond tucked away in his father’s shoe after his death. Did this reflect the sense of security the Nizam’s father derived, keeping the natural diamond close on his person? As the door of the museum’s vault-room starts closing, I try to imagine what it would have been like, to be nervously sitting in front of the steely gaze of the last Nizam as he sat casually twirling the fourth largest diamond in the world on his table like a paperweight.