The 2022 Fall TV and Movie lineup is shaping up to be a big season for action-packed blockbusters, the return of some of our favorite on-screen characters, and rom-coms galore. Even better? Hollywood’s biggest stars aren’t just dazzling on camera. They’ve walked plenty of red carpets dripping in diamonds, from on-trend diamond collars to classic studs and diamond hoops.

This Fall’s TV show lineup is bringing back some of our favorites, like Quinta Brunson of Abbott Elementary, cable’s biggest breakout hit show of 2021. Or Jennifer Coolidge who is returning for season two of HBO’s hit drama The White Lotus.

All of the movies premiering in the next few months will have us lining up at the box office to see celebrities like red carpet veteran Viola Davis in the action-packed The Woman King or the ladies of Wakanda making an emotional return to the Marvelverse in Wakanda Forever.

And yes, 2021’s biggest breakout stars Timothée Chalamet and Florence Pugh are gearing up for round two of major red carpet looks bound to live in our minds rent-free as Bones and All and Don’t Worry Darling premiere this fall.

Ahead, take a look at the 2022 Fall TV shows and movies we’re most excited for and the glamorous diamond-clad actors gracing our screens.

The hype for this film just keeps getting better, and with it, our excitement grows. Florence Pugh stars as a housewife who starts to question the experiment in which she and her husband, Harry Styles, live. Styled by Rebecca Corbin-Murray, she’s seen here wearing Tiffany & Co diamond jewelry and two-piece set from Emilia Wickstead.

The Ladies of Wakanda Forever

The emotional third installment of the Black Panther series comes after its star Chadwick Boseman’s death in 2020. We’re sure the women of Wakanda will be honoring his memory in the film and on the red carpet movie premiere. Here, Lupita Nyong’o wears a custom Vera Wang ensemble paired with Messika diamonds, Angela Bassett in Georges Chakra Couture with Gismondi 1754 and Kimberly McDonald jewels and Danai Gurira in Ralph & Russo gown with Bulgari jewels.

Anticipation for this film is high and we cannot wait to see our Global Ambassador shine as Marilyn Monroe. We’re sure she’ll walk the red carpet premiere in dazzling diamonds, like she did here in Fred Leighton. 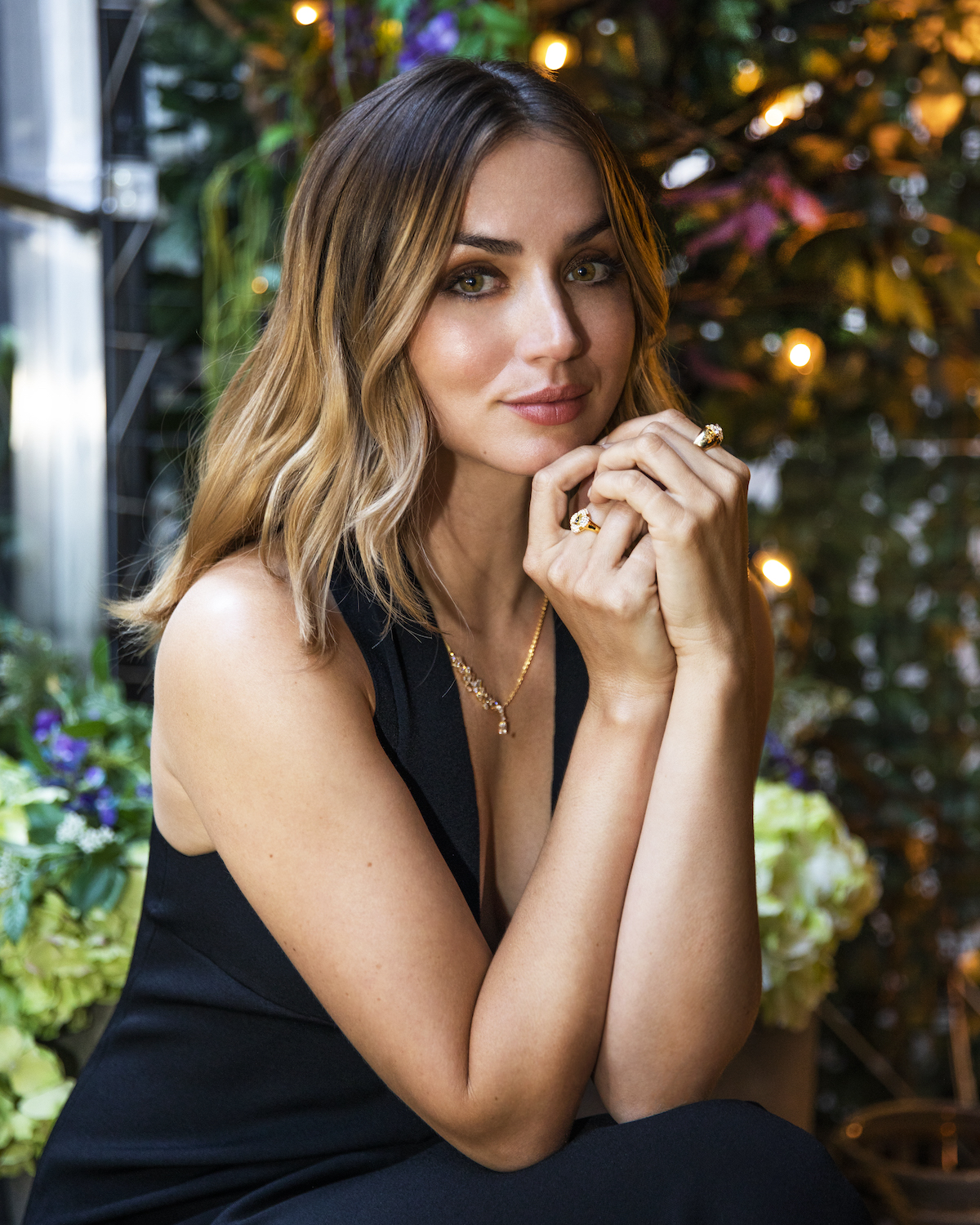 END_OF_DOCUMENT_TOKEN_TO_BE_REPLACED

Season one of this HBO drama left jaws on the floor so everyone certainly has high expectations for season two. Taking place in Sicily, this season features a new cast of characters including Aubrey Plaza. Don’t worry, Jennifer Coolidge is set to return and has already made a splash in the first look.

Viola Davis in The Woman King

Red carpet pro-Viola Davis never fails to wow on the red carpet, as seen here in these dazzling Fernando Jorge disco earrings. Davis stars in The Woman King, based on a true story of The Kingdom of Dahomey, one of the most powerful states of Africa in the 18th and 19th centuries. Lashana Lynch, Hero Fiennes, and Lashana Lynch also star.

Camila Mendes and Maya Hawke in Do Revenge

Riverdale star Camila Mendes is teaming up with Stranger Things’ Maya Hawke in this dark comedy that has everything to do with, you guessed it, revenge. We can’t wait to watch these two team up on and off screen, hopefully wearing gorgeous diamonds like the ones seen here: Mendes in Messika and Hawke in Dior.

If you aren’t watching Abbott Elementary, what are you waiting for?? You still have a few weeks to catch up on season one of the comedy and watch each of the cast members shine, specifically breakout star Quinta Brunson who has sparkled in diamonds on the red carpet many times this year, including at the Vanity Fair Oscar’s afterparty where she wore natural diamonds from Candy Ice and Le Vian.

Timothee Chalamet in Bones and All

Chalamet plays a love-struck cannibal in this highly anticipated horror/rom com/coming of age film. It’s doing a lot, but if Timmy’s starring, we’re watching, especially if he’ll be walking the film’s red carpet in Cartier, like he did here at the 2022 Academy Awards.

The Women of Hocus Pocus 2

Having been in the works for a few years now, this may be our most anticipated film on the 2022 Fall TV and Movie lineup. Starring the original Sanderson Sisters: Bette Midler, Sarah Jessica Parker and Kathy Najimy, we can’t wait to fall under their spell again! Here, the sisters shine in natural diamonds, with SJP wearing Fred Leighton diamond drop earrings.

The Women of The School For Good and Evil

Starring some of our red carpet favorites including Kerry Washington, Charlize Theron, Michelle Yeoh and Cate Blanchett, this film promises magic, wonder and major action, in a story about an enchanted school where aspiring heroes and villains are trained to protect the balance between Good and Evil. Showing off just how magical diamonds can be, Yeoh shines in a Tasaki necklace and Mimi So earrings and Washington in a De Beers collar.

Lord of the Rings: Rings of Power‘s Ismael Cruz Córdova

Córdova turned heads on the Emmys red carpet decked out in diamonds from Grace Lee Designs, Cicada, Delfina Delettrez, and Jennifer Fisher Jewelry. Catch him in the Lord of the Rings TV series The Rings of Power as Arondir, the Silvan elf of the Second Age.

Emma Corrin in My Policeman

Staring alongside Harry Styles, the critical buzz around the film has everyone excited to see it in theaters this fall. Emma Corrin is no stranger to the red carpet and shows up in a stunning look time and time again. Here, she wears Cartier to the TIFF premiere of the film.