The moon and stars are shining brightly in new diamond jewels. 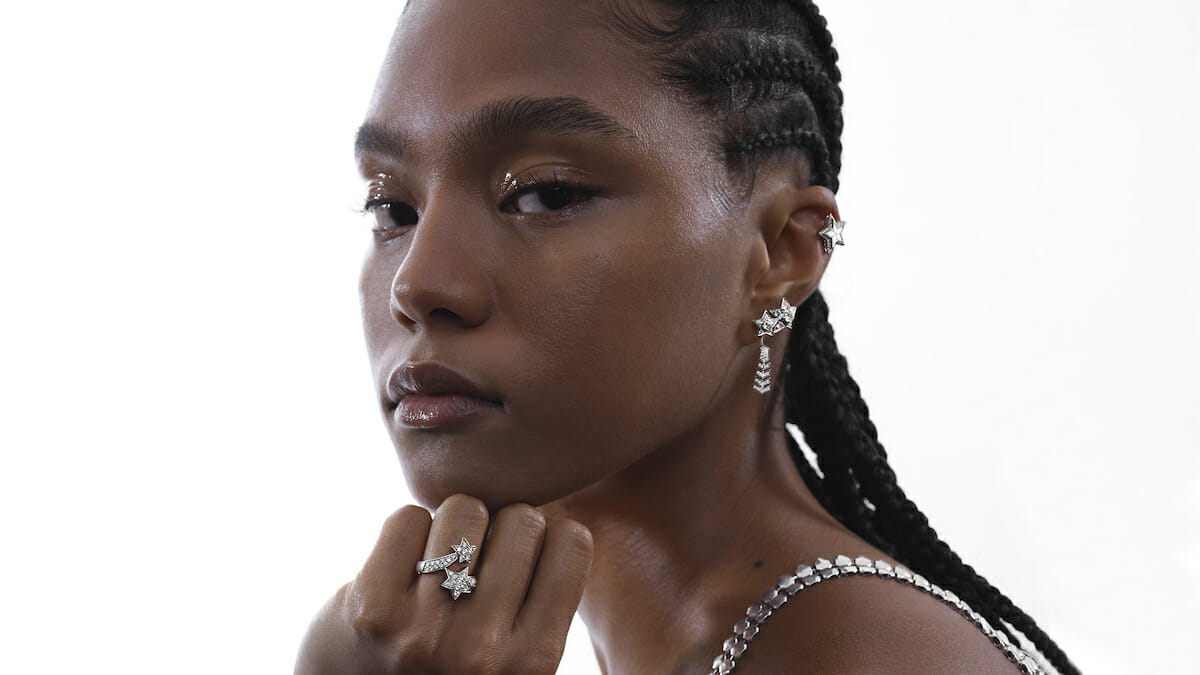 “I find celestial jewelry to be uplifting and, in many ways, spiritual and representing something universal that connects us all,” explains stylist Jason Rembert. “So, it is only natural, given the state of the world the past few years, that people are gravitating towards jewelry with a deeper meaning that offers a sense of comfort, peace and protection.”

Celestial styles have a long history of being lucky charms and symbolic motifs. In the past when stars shot into jewelry, the designs were often inspired by cultural events. Way back in the late 18th century at Versailles the joyous news of Marie Antoinette’s long awaited first pregnancy led to a constellation of jewels with star motifs. When Halley’s Comet passed by in 1835 and again in 1910, diamond stars with a trailing line of gems were made to celebrate the moments. The Apollo 11 moon landing in 1969 also launched an array of celestial and moon themed jewelry.

PEOPLE ARE
GRAVITATING
TOWARDS JEWELRY
WITH A DEEPER
MEANING.

Over the years stars in jewels have also been linked to a designer’s own dreamy ideas. In 1932 when Coco Chanel launched the one and only fine jewelry collection she made during her lifetime, she told the press, “I wanted to cover women with constellations. Stars! Stars of all sizes.” The collection dubbed Bijoux de Diamants featured diamonds exclusively. The centerpiece was a Comète necklace design featuring a big star front and center and thick tail of gems wrapping around the neck. To this day Chanel continues to make variations on the design.

An interest in astrology and astronomy motivated designer Fulco di Verdura, who was a friend of Coco Chanel, to put stars in the jewels he made during the 1940s. A star cluster known as Pleiades was what he had in mind when he conjured up a brooch with diamond stars and gold rope twist beams. Recently, the piece has been reimagined by the Verdura label into bold earrings.

Today designers make almost as many variations on celestial motifs as there are stars in the sky. Some take cues from starburst forms familiar to fans of late 19th century jewelry. Others play with the scale of the stars in their designs going from delicate personal pieces on up to bold statements. All of them carry meaning of romance, hope and adventure.

Hands to the Stars Brooch 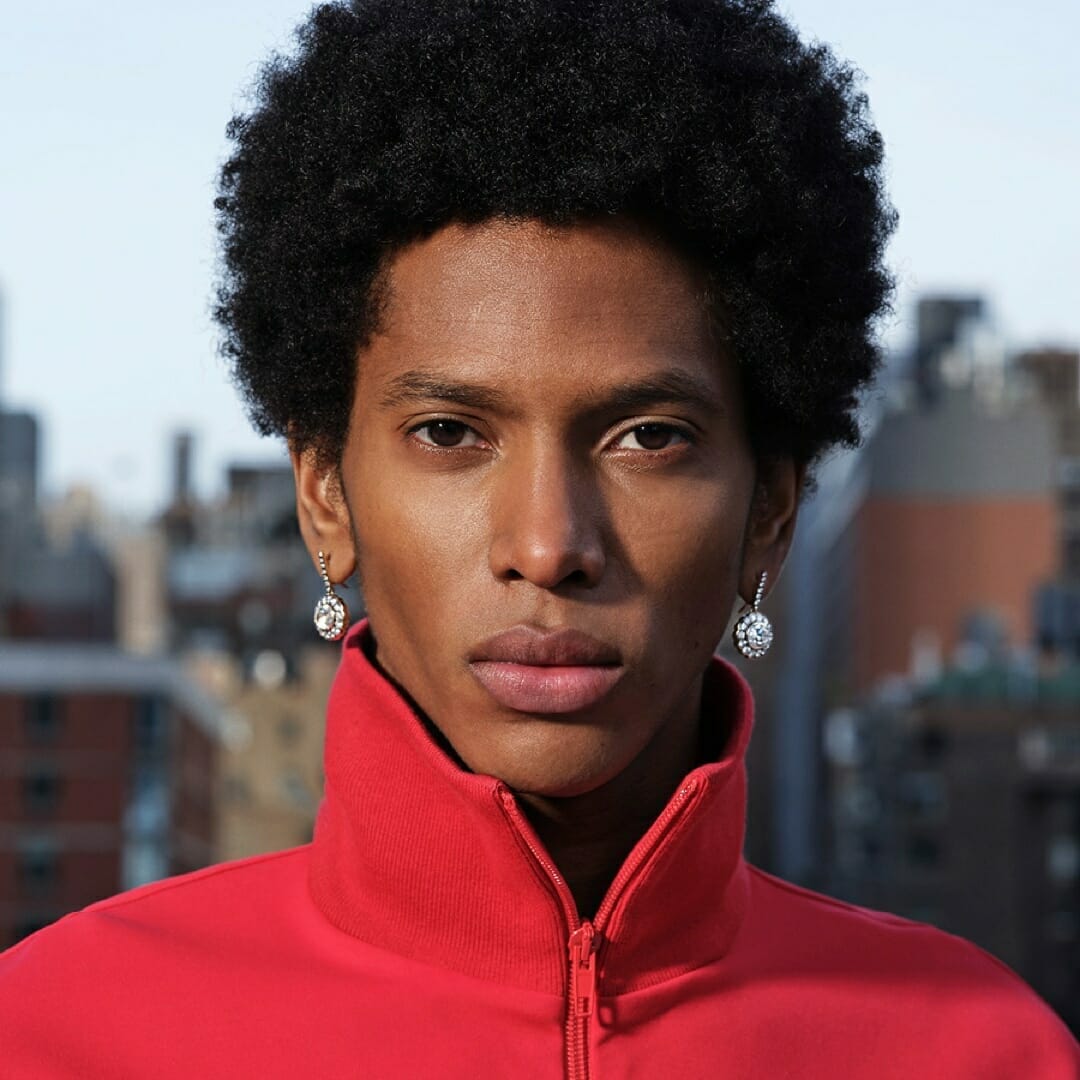 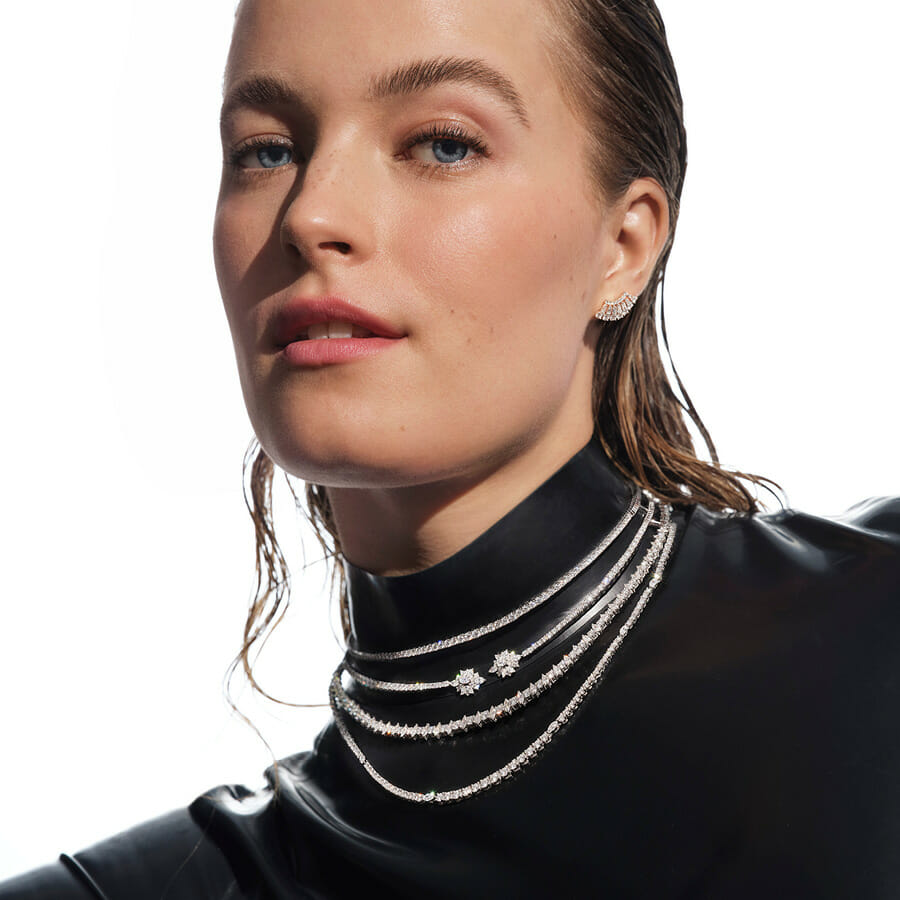 From the RED CARPET to
the runway, the diamond
choker is everyone’s new
favorite. 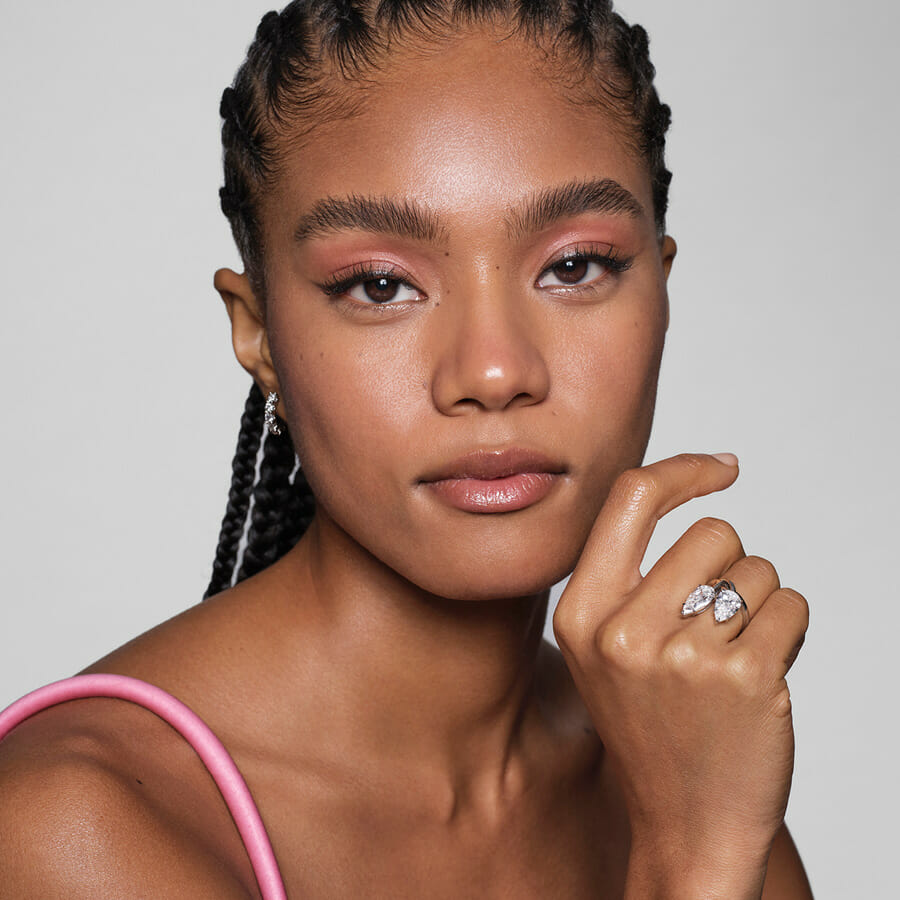 The VOLUPTUOUS
diamond cut is as SEXY
as it is stylish.

Diamonds in the Stars