A common saying in Spanish, as recalled by author Javier Moro goes by – “He was wealthier than the Maharaja of Kapurthala.”

A symbol of opulence and magnificence, Maharaja Jagatjit Singh of Kapurthala was a man of undeniable grandeur. During his reign as king from 1877-1947, he became known for his love for diamonds, his curiosity for the unknown, and his passion for all things French.

In his most notable photographs, he is seen sitting on a throne wearing a jeweled turban on his head, with his chest fully covered with diamond necklaces. Equally significant is the imagery of the Maharaja wearing the famous Cartier tiara that has left an unforgettable mark in history.

But what is lesser known about the king is that the natural diamonds that adorned him in those pictures also perfectly exemplify the unique treasures of his mind and heart: his intelligence, strength and kindness.

From a very young age, the Maharaja developed an unquenchable thirst for knowledge. He wanted to know more about different cultures and consequently nurtured many friendships and alliances outside of India, throughout his life.

In 1905, the Maharaja was invited to the wedding of Alfonso XIII and Victoria Eugenia in Madrid.  He decided to grace his presence at the wedding in a glamorous way. Since nothing epitomizes royal sophistication better than natural diamonds; The Maharaja, before heading to Madrid, made a stop in Paris. From the Mellerio store, he picked up, what is now famous, the diamond and enamel peacock aigrette, and he wore that on his turban the day he graced his presence at the wedding. How lucky had the diamond proven to be! For, incidentally, it was during the same visit he would find himself hopelessly enraptured by the beauty of a seventeen-year-old Flamenco dancer Anita Delgado at Kursaal Fronton during a curtain-raiser act. It was almost as if the second he locked eyes with her, he knew he had witnessed a miracle of nature so beautiful; he could not take his eyes off her.

The Maharaja wasted no time than necessary; he landed at Delgado’s house the very next morning wearing his diamond-studded turban and professed his love for her. One can only imagine Delgado’s reaction to a stranger knocking at her door expressing his deepest feelings of love for her. Delgado’s parents though were appalled at the thought of such an unchristian union. Despite this, the Maharaja wooed Delgado with diamonds, dinners and flowers, and proposed a week after.

Anita Delgado, however, was a force of nature. Unencumbered by the orthodox catholic mindset of the small town of Malaga, and not mistaking conventionality for morality, she accepted the proposal to be his Maharani and committed herself to travel halfway across the globe to embark on an adventure.

But of course, being a Maharani was not so easy. Delgado soon left for Paris, for her training and grooming. She learned languages, sports, etiquettes, dancing, singing, etc. After months and months of training, she finally traveled to India and married the Maharaja as per Sikh rites in 1908, and officially became Maharani Prem Kaur of Kapurthala. While showing Delgado their honeymoon palace, the king turned to Delgado and said, “I never imagined that a woman so beautiful would be the first to live here, but now I know it was destined to be you.”

The Maharaja was utterly mesmerized by the Maharani and her beauty, much of which is immortalized in the natural diamonds he gifted her that have come to symbolize their rare love story. One of which is the Belle Époque emerald and diamond brooch. Amongst the many romantic gestures extended by the Maharaja to Delgado, this one stands apart. It is believed that, as he was handing this precious crescent-shaped brooch over to Delgado on her nineteenth birthday as a reward for learning Urdu; he said; “Now you can have the moon, my capricious little one.”

Another exemplification of their unique love is the diamond necklace​ that has shaped long-standards of beauty and style – a necklace made in the art deco style, with a crystal pendant encrusted with diamonds, estimated to be worth £200,000.

Over the years these diamonds of the Kapurthala heirloom have proven to be more than just expensive material possessions, they have come to represent an everlasting and eternal bond: a bond of love between the Maharaja and Maharani.

More than anything; this passionate love story perhaps best symbolizes that dent in history where a chink of subversive romance slunk in to allow for this beautiful union to occur between two people of different countries, cultures, classes, and faiths.

And while the Maharaja and Maharani of Kapurthala are no longer here; their diamonds are, forever. They will continue to tell their unique love story for years to come.

Did You Know There Are 8 Different Definitions of Love?

A New Mom Gift, From Me To Myself. 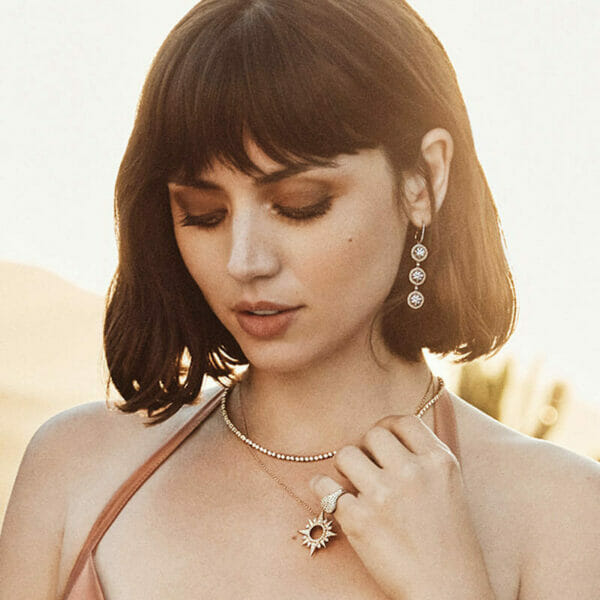