Before the House of Fabergé was collaborating with HBO to work on custom art for their upcoming prequel, “House of the Dragon”, Peter Carl Fabergé got his idea to create bejeweled eggs back in 1885. The idea originated as he sat down to conceptualize his first imperial commission from Russian Emperor, Alexander III: a one-of-a-kind Easter egg for his beloved wife. Not an easy task given the prolific gifting of ornate jewelled eggs among stately circles during Easter.

There was added pressure on Peter Carl as the king had just bestowed upon him the title of ‘Supplier to the Court of His Imperial Majesty’. The success (or failure) of this commission would affect his future as jeweller to the imperial family and the nobility of Russia and beyond.

To accomplish this special project, Fabergé elected to apply his talents as a master jeweller in creating an objet d’art that would not only impress with its superior artisanship but also delight the empress by evoking a childish feeling of surprise. When the moment arrived, the monarch presented his wife with Fabergé’s Hen Egg. The exterior shell reflected realism with its opaque white enamel surface, suggesting a humble object, which transformed as the queen opened the egg with an agile twist of her wrist, revealing layers of surprises; a gold interior surrounding a hen in chased gold that enclosed a miniature replica of the Russian crown, and a ruby pendant.

Read More: Are Cleopatra’s Eggs in ‘Red Notice’ Based on Real Artifacts?

Peter Carl Fabergé’s desire to please his royal patrons served as a moment of genesis, which superimposed a unique ‘Fabergé Egg’ tradition on the festive season, forever fusing the art of decorative eggs with the jeweller’s name.

The House of Fabergé today, honours Peter Carl’s legacy via bespoke works of jewelled art that not only reflect royal standard but also pay tribute to modern-day legends. For its recent production, Fabergé collaborated with HBO®’s award-winning television series Game of Thrones, celebrating the show’s 10th anniversary. The shows prequel, “House of the Dragon” premieres August 21st, 2022 on HBO®. 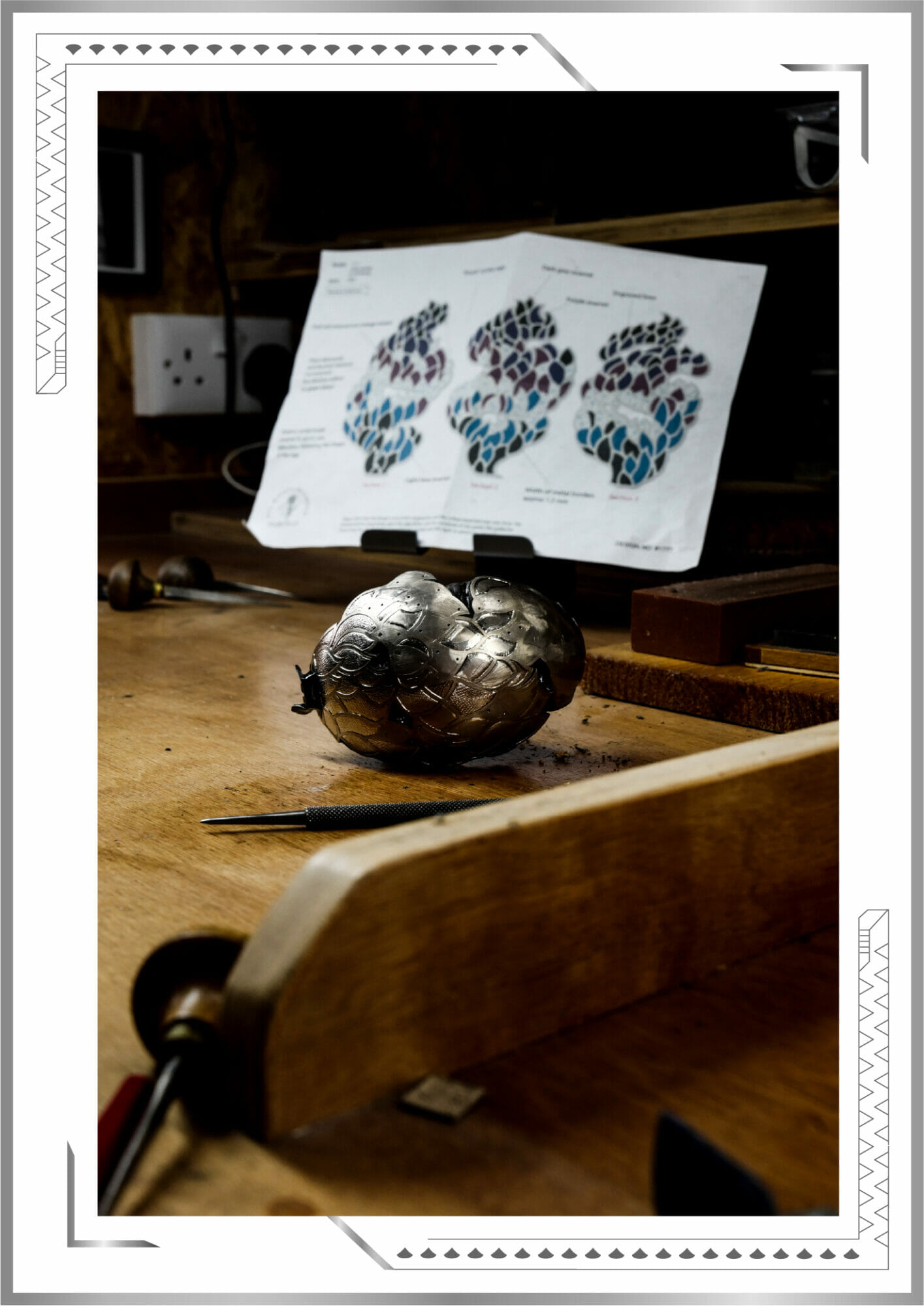 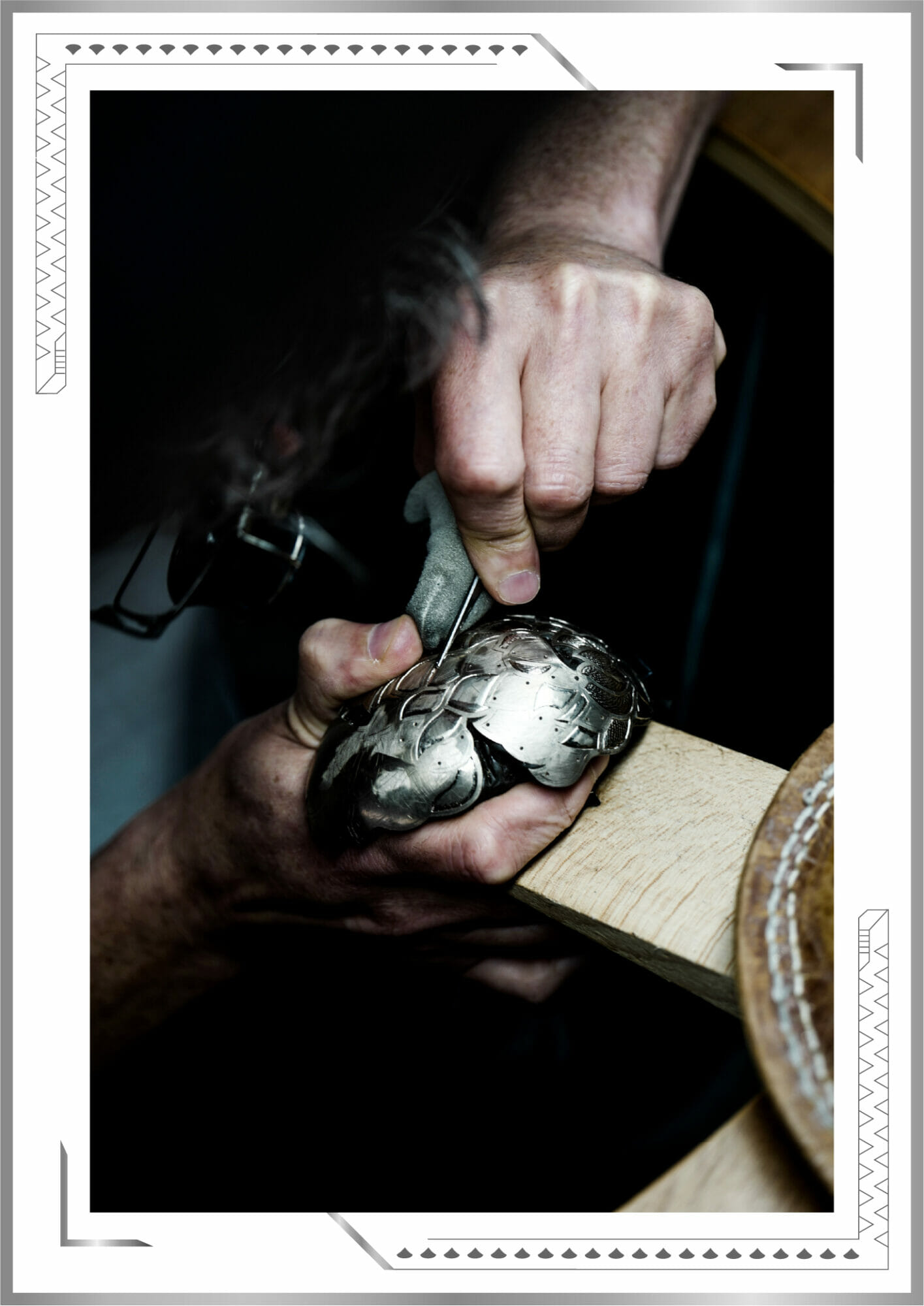 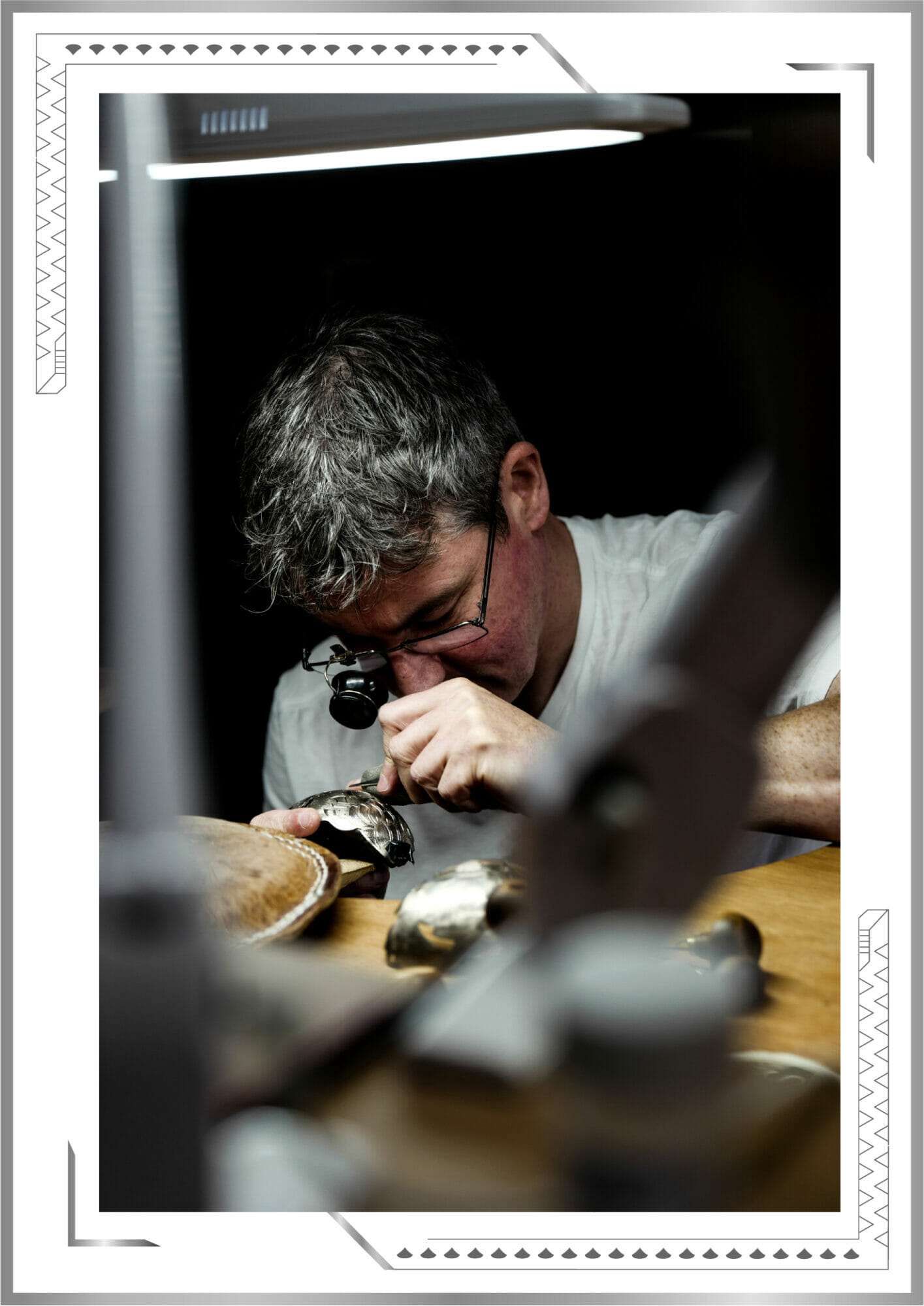 To infuse energy, life and fire into the Fabergé Game of Thrones Egg the team incorporated natural diamonds alongside vivid colours of enamelled scales covering the entire outer eggshell.

Liisa Tallgren, Designer, Fabergé illuminates, “The purpose of objet d’art is to intrigue and delight,  much like a painting or a sculpture. By varying repetition and change, a rhythm is formed: for example, the Egg has enamelled cells for a certain length, then, a section encrusted with natural diamonds,  followed anew by enamel. The smooth surface and subtle reflections of enamel are contrasted by the texture of the natural diamond facets and their lively sparkle. The visual variation generates rhythm.”

The opening of the first layer, exposes the next, which is a second 18K white gold egg intricately pierced out to form three dragons, set with natural white diamonds. Tallgren further explains her choice of diamonds, “The white colour in the egg symbolises Daenerys wedding to the Dothrakis. The sparkling white diamonds felt like the appropriate choice of materials to interpret white colour and that important milestone in her journey. A white diamond is a clear, see-through material that doesn’t really look like anything, but when carefully cut and polished has an amazing ability to capture and reflect light even in very small sizes, sparkling in the colours of the spectrum. This quality is a beautiful metaphor for spiritual growth, as it is not so much about the material itself, but what you do with it, to realise its full potential.”

The trio of gem-encrusted dragons open to reveal an exquisite crown that would have been presented to Daenerys when she took her place on the Iron Throne and suggests an imagined continuation of her saga as her highly anticipated coronation never was.

At the heart of the crown lies a pear-shaped ruby from Mozambique, responsibly sourced from the world’s largest ruby mine by Gemfields. The gem represents Daenerys, her house colour, and her fiery spirit, paying tribute to her journey to grow into the queen of the Seven Kingdoms of Westeros.

Since antiquity, light, fire, energy have been the source of inspiration and legends, giving birth to life on our planet and fuelling our imagination. Natural diamonds encompass and represent this mineral force of nature. From the outer shell to the heart of The Game of Thrones Fabergé Egg, they have played a vital role in breathing life and light into this exceptional masterpiece, enabling Fabergé to continue its imperial tradition of decorative art inspired by myth, memories and magic. Be sure to watch “House of the Dragon”, airing August 21st, 2022.